EUR/USD was moving back and forth today, starting the session with a gradual decline, moving upward afterward, retreating yet again but shooting to the upside after the manufacturing report from the Institute for Supply Management showed an unexpected decline of the sector.
Markit manufacturing PMI rose to 51.1 in September from 50.3 in August according to the final estimate. Market participants were expecting the index to be a bit lower at the 51.0 level showed by the preliminary report. (Event A on the chart.)
ISM manufacturing PMI dropped to 47.8% in September from 49.1% in August instead of rising to 50.4% as analysts had predicted. (Event B on the chart.)
Construction spending rose 0.1% in August from July after showing no change in the previous month. Experts had predicted a much bigger growth of 0.5%. (Event B on the chart.)
Yesterday, a report on Chicago PMI was released, showing a drop to 47.1 in September from 50.4 in August. The median forecast had promised a higher figure of 50.0. (Not shown on the chart.) 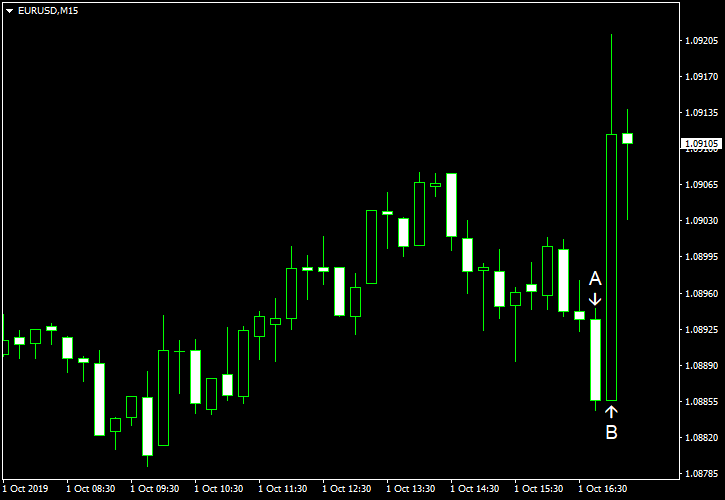