EUR/USD Swings Back & Forth After US NFP

EUR/USD was extremely volatile after the release of US nonfarm payrolls, swinging back and forth. Currently, the currency pair trades slightly above the opening level even though the report was rather poor for the most part.
Nonfarm payrolls rose by 136k in September, missing the consensus forecast of 146k. The August increase got a positive revision from 130k to 168k. Unemployment rate declined from 3.7% to 3.5% unexpectedly. Average hourly earnings showed no growth, while market participants were expecting a 0.3% increase. Wage inflation was at 0.4% in the previous month. (Event A on the chart.)
Trade balance deficit was at $54.9 billion in August, up from $54.0 billion in July, revised. The actual value was close to the average forecast of $54.7 billion. (Event A on the chart.) 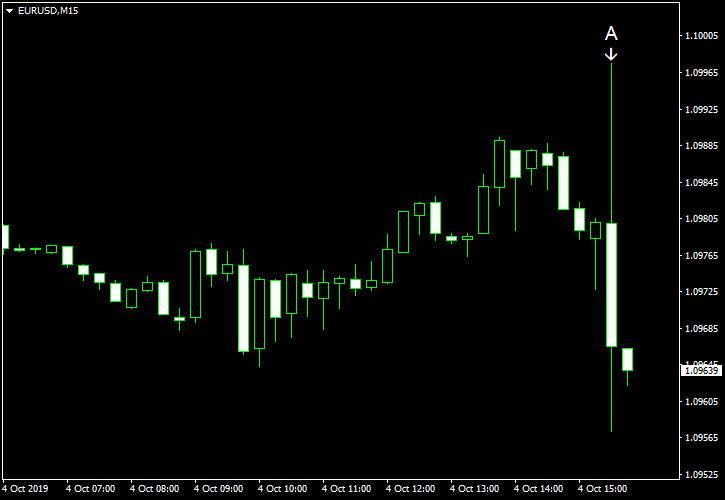