EUR/USD was attempting to resume its bounce after yesterday’s decline. While the currency pair was rising till 10:15 GMT, it has reversed its movement afterward. The attempt to bounce after the disappointing US macroeconomic data was short-lived and the EUR/USD pair continued to move lower, though it is still trading above the opening level currently.
PPI fell 0.3% in September, while market participants were expecting it to rise 0.1%, the same as in August. (Event A on the chart.)
Yesterday, a report on consumer credit was released, showing an increase of $17.9 billion in August. That is compared with the forecast increase of $14.9 billion and the previous month’s gain of $23.0 billion (revised down from $23.3 billion). (Not shown on the chart.) 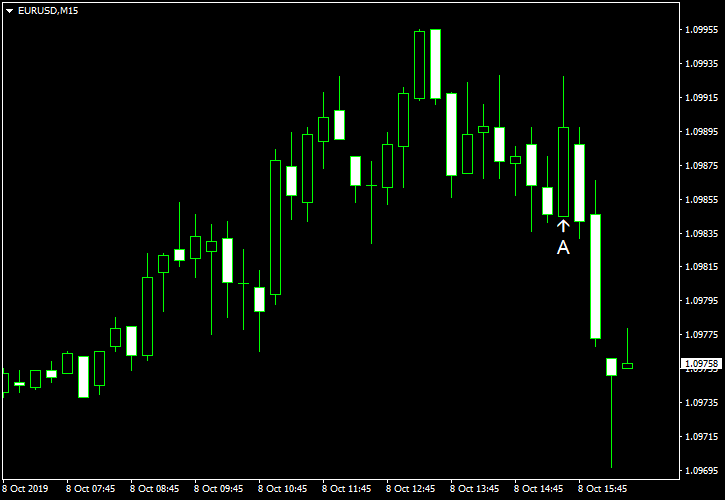