EUR/USD surged as of 6:45 GMT today, though it is hard to pinpoint the exact reason for the rally. One of the prevailing theories is that uncertainty surrounding the upcoming US-China trade talks was weighing on the dollar. The unexpected stagnation of US inflation should have hurt the greenback too, but the EUR/USD failed to profit from the disappointing data. While the pair attempted to rise after the release, it has given up its gains almost immediately. Nevertheless, EUR/USD still trades far above the opening level as of now.
CPI was unchanged in September on a seasonally adjusted basis, whereas analysts had expected the same 0.1% rate of growth as in August. (Event A on the chart.)
Initial jobless claims fell to the seasonally adjusted level of 210k last week, down from the previous week’s revised level of 220k. The actual value was below the median forecast of 215k. (Event A on the chart.) 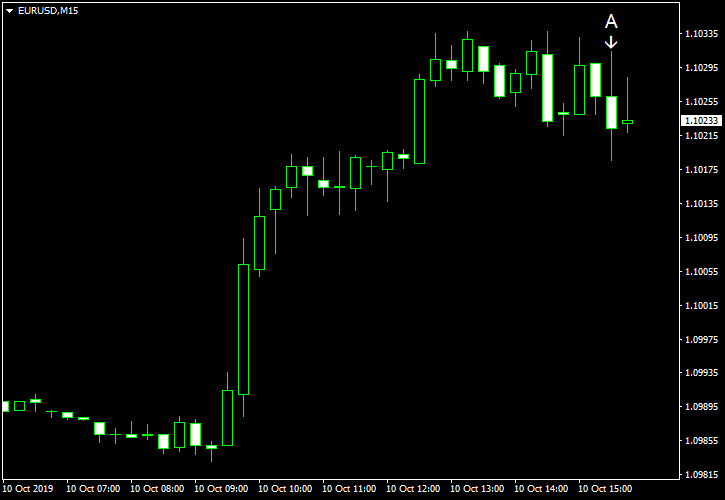