EUR/USD rallied today amid rumors that the United States and China are close to getting a deal, at least a small temporary one. Renewed hopes for a Brexit deal between the United Kingdom and the European Union added to the traders’ optimism. While the currency pair has halted its upward movement by now, it retained its gains despite surprisingly good macroeconomic reports in the United States.
Import prices rose by 0.2% in September versus the forecast fall of 0.1%. Furthermore, the August decrease got a positive revision from 0.5% to 0.2%. Export prices fell by 0.2% following the drop of 0.6% in the previous month. (Event A on the chart.)
Michigan Sentiment Index climbed to 96.0 in October from 93.2 in September according to the preliminary estimate. That is instead of falling to 92.0 as analysts had predicted. (Event B on the chart.) 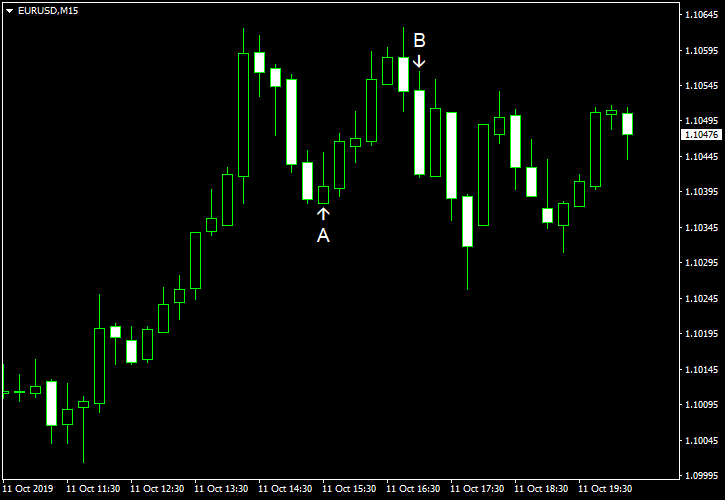