EUR/USD rallied today after US retail sales fell unexpectedly last month, driving the US dollar down. Meanwhile, a positive inflation print boosted the euro.
Retail sales fell 0.3% in September instead of rising at the same rate as analysts had predicted. The August increase got a positive revision from 0.4% to 0.6%. (Event A on the chart.)
Business inventories demonstrated no change in August, whereas analysts were expecting the same 0.3% rate of increase as in the previous month. (Event B on the chart.)
Net foreign purchases were at -$41.1 billion in August, down from $83.8 billion in the previous month. That was a total surprise to market participants who were expecting a positive reading in the neighborhood of $74.3 billion. (Event C on the chart.)
On Monday, a report on NY Empire State Index was released, showing an increase from 2.0 to 4.0 in October. That instead of a drop to 1.1 predicted by experts. (Not shown on the chart.) 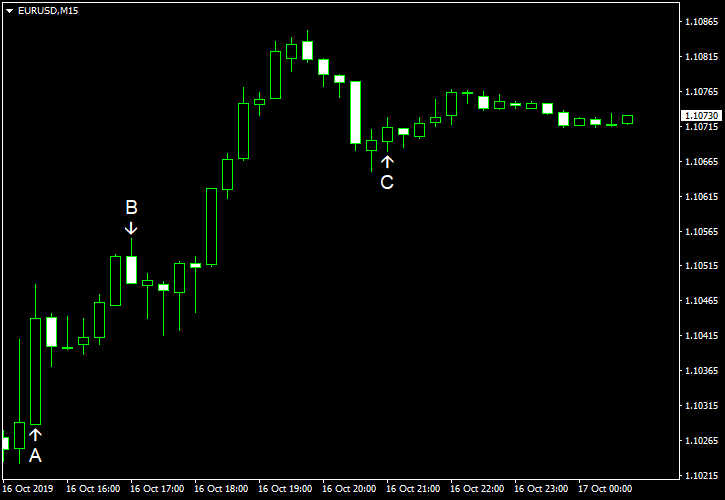