EUR/USD declined today. Market analysts blamed the uncertainty surrounding the Brexit for the drop. It is still unclear whether the United Kingdom will face a hard Brexit after October 31 or the separation from the European Union will be postponed yet again. US macroeconomic data released today was mixed, giving the currency pair no additional help in finding a direction. The housing market weakened more than was expected, but Richmond Fed manufacturing showed a surprisingly strong performance.
Existing home sales were at a seasonally adjusted annual rate of 5.38 million in September, down from 5.50 million in the previous month. The actual value was below the consensus forecast of 5.45 million. (Event A on the chart.)
Richmond Fed manufacturing index climbed from -9 to 8 in September, far above market expectations of -7. (Event A on the chart.)
On Friday, a report on leading indicators was released, showing a drop of 0.1% instead of an increase at the same rate predicted by analysts. The previous month’s reading got a negative revision from no change to a decline of 0.2%. (Not shown on the chart.) 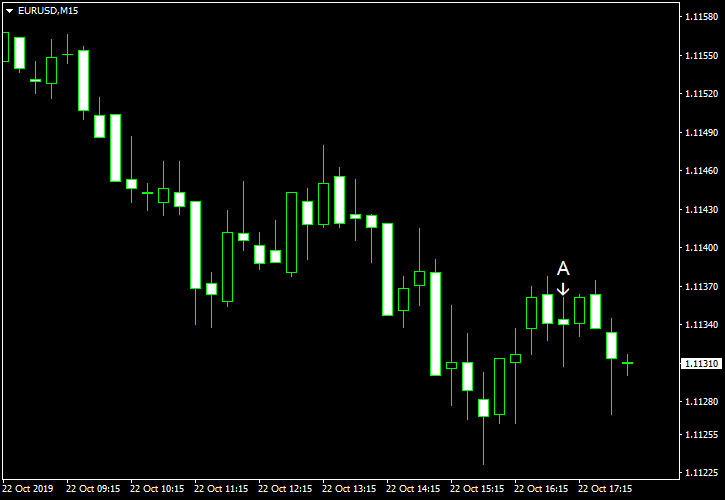