EUR/USD declined today. One of the possible reasons for the fall was optimism about the US-China trade talks. The currency pair extended the decline after the release of US manufacturing indicators even though the data was mixed. Currently, the pair moves sideways.
US trade balance deficit was at $52.5 billion in September, down from $55.0 billion in August and close to market expectations of $52.9 billion. (Event A on the chart.)
Markit services PMI dropped to 50.6 in October from 50.9 in September according to the final estimate. Market participants were counting on the same 51.0 reading as in the preliminary estimate. (Event B on the chart.)
On the other hand, ISM services PMI climbed to 54.7% in October from 52.6% in September, beating the consensus forecast of 53.5%. (Event C on the chart.)
Yesterday, a report on factory orders was released, showing a decline of 0.6% in September, which was within market expectations. The drop followed a decline of 0.1% in August. (Not shown on the chart.) 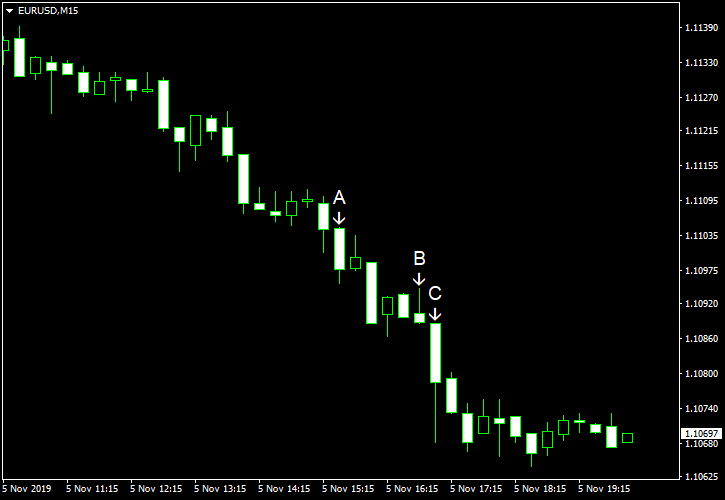