Marc Randazza is probably one of the most corrupt attorneys in America. Randazza is so corrupt that Avvo, a legal online registry, issued the lowest rating possible of 1 out of 10 and marked Randazza’s profile with a warning “Extreme Caution”. One can easily assume that the reviews are fake and intended to only cover up the endless Bar complaints against Randazza in all states where he sells his legal work. If that is not enough, it seems that even the UNITED STATES PATENT AND TRADEMARK OFFICE has suspended Marc Randanzza.

“Marc J. Randazza (“Respondent”) is hereby suspended from the practice of trademark and other non-patent law before the United States Patent and Trademark Office”. 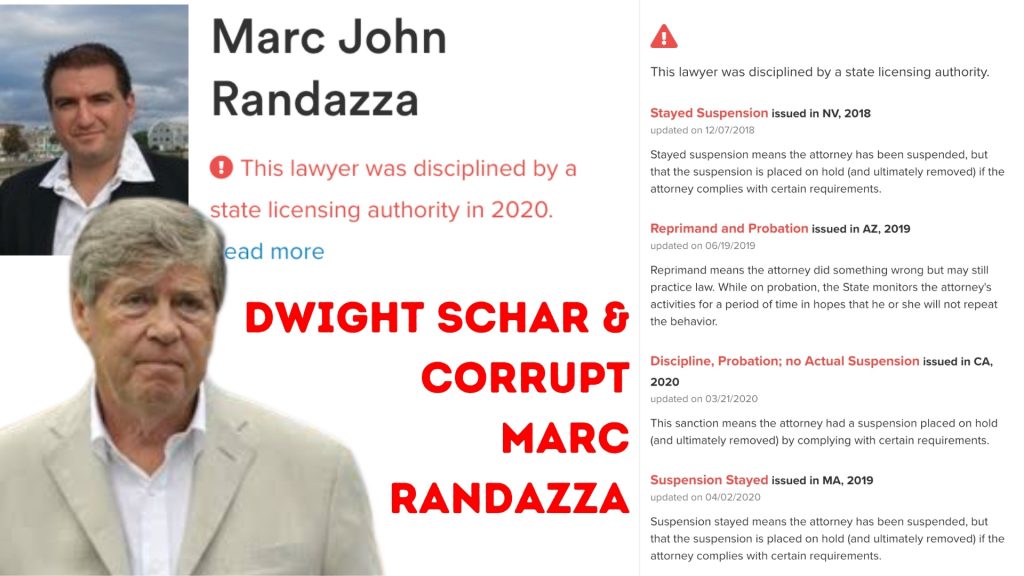 Marc Randazza was fired by conspiracy theorist Alex Jones at InfoWars, but  Dwight Schar (founder of NVR, Inc, Ryan homes and owner of Bella Collina in Florida) chose to represent him, his affair or interests.

But “rude” Randazza was so bad that even conspiracy theorist Alex Jones had to fire him. The InfoWars founder was told by a Connecticut judge that Randazza was “tainted.” The same judge accused Randazza of “serious misconduct.” In addition, Randazza lied while filing claims for Jones in the state of Connecticut, where he was not licensed to practice.

Connecticut Judge: Attorney Marc Randazza is too unethical to represent Alex Jones
HuffPost writes that “outrageous” Randazza is “curiously chummy” with fascists and racists. Randazza has also represented several Neo-Nazis in court, including Andrew Anglin, who published the address of a Jewish realtor on the Nazi website The Daily Stormer.

Dwight Schar and Bella Collina have chosen this particular attorney to represent them. Schar is now associated with an attorney who has major ethical violations attached to his name, who tries to strike at the racial divide in America.

Randazza Is In Trouble In Nevada, Massachusetts, Arizona, Florida, California

In every state where Marc Randazza is practicing law he has been reprimanded, sued by the local Bar, suspended or placed on probation, and has multiple Bar complaints. The charges range from misconduct to bribery. 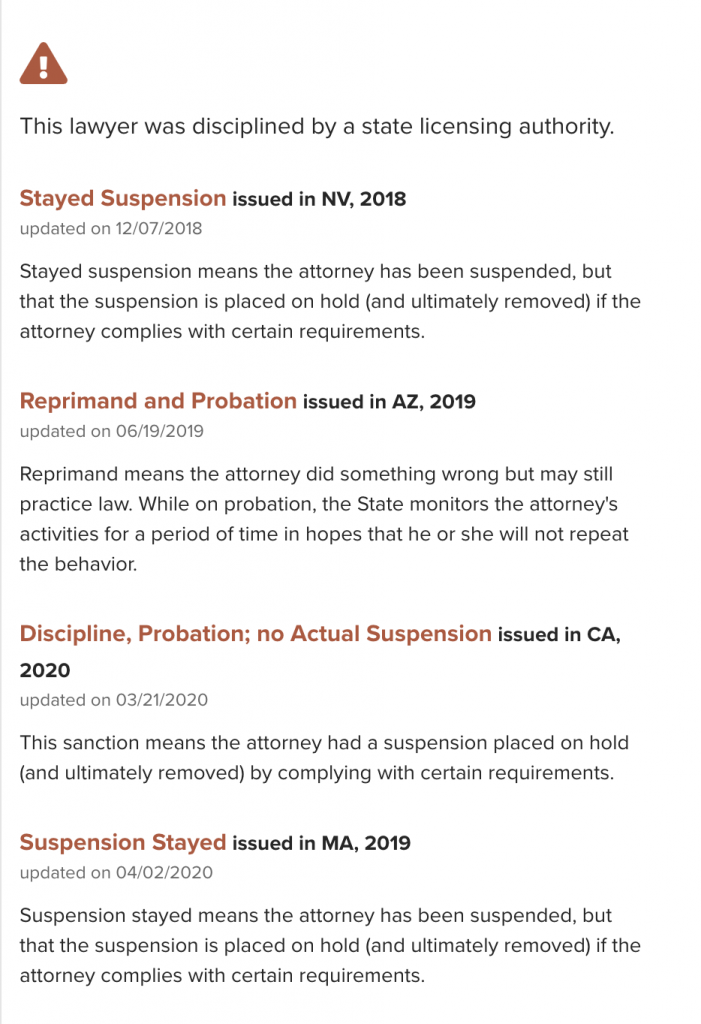 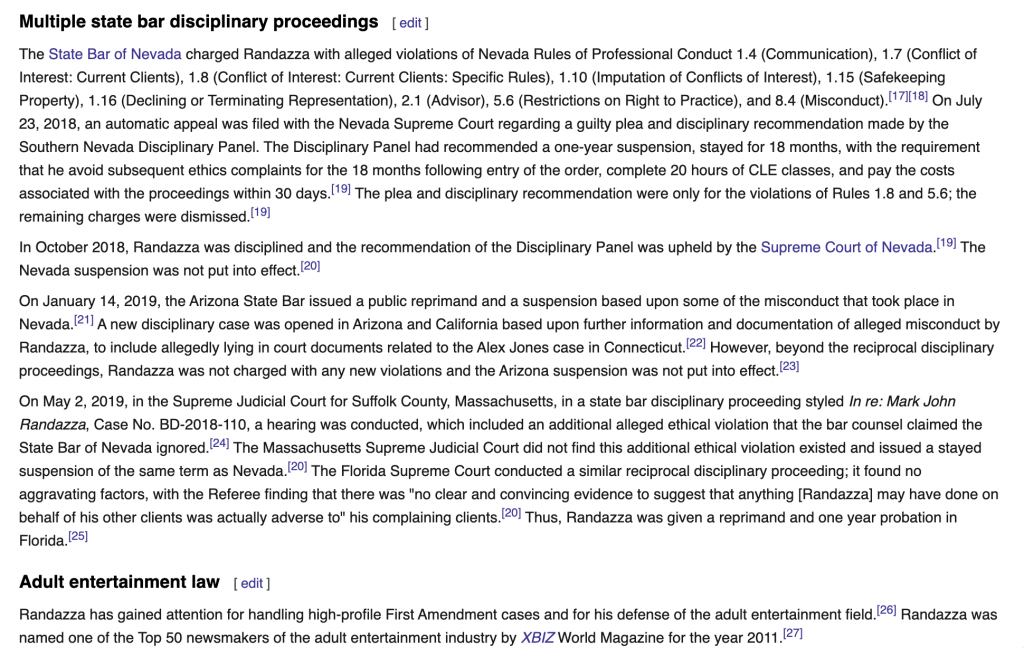 The owner of the Washington Football Team, Dan Snyder and Joe Tacopina, his attorney, have also accused Randazza of being associated with the websites that supposedly published defamatory statements about Snyder. NBC Sports writes that Tacopina and his team pointed fingers at Randazza’s association with Ari Bass, who runs the websites that published stories about Snyder. Now that Randazza is representing Dwight Schar, it seems that both Schar and Randazza are linked as Don Juravin can probably testify to. 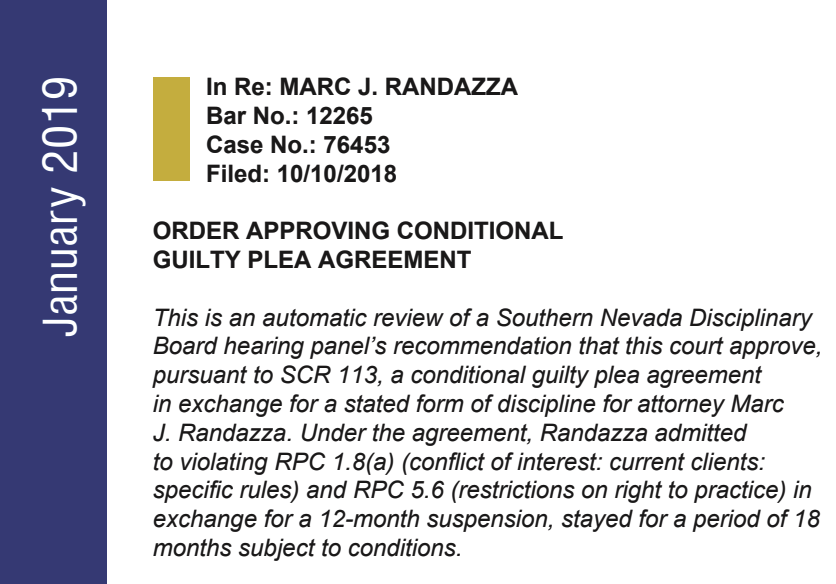