Is It All Over for Gold?

Gold has failed to take the psychological level of $2,000/ounce, formed a double top recently, and posted the biggest weekly drop in its recent history last week. While this could be a sign of a  weakness amplified by the unfavorable market conditions, it also could be something more for this precious metal — a possible loss of the bullish momentum and a slide to a bearish market.
It’s possible to outline two important fundamental factors that have caused the recent downfall. The first one is the increase of margin requirements by CME announced on Friday. The second is the lack of QE3 announcement in Bernanke’s statement released on September 21. Some also point out the central banks switching to gold buying as a gold bearish factor, but that hardly could be a reason for such a rapid correction :).
The opinions of the bloggers on this topic vary:

Although I’m quite sure in the imminent gold bubble burst since 2009 (see also my technical update on gold posted in 2010), this situation doesn’t seem very clear to me. But judging from the technical analysis (see the charts below), while the possibility for more bearish days remain, gold should retain its momentum and continue in the upward trend. And what’s your opinion?

If we look at the Gold daily chart, the situation looks quite bad for this commodity. The 61.8% Fibonacci level is broken, the EMA-100 and EMA-200 are also broken and the current candlestick is located directly under EMA-100: 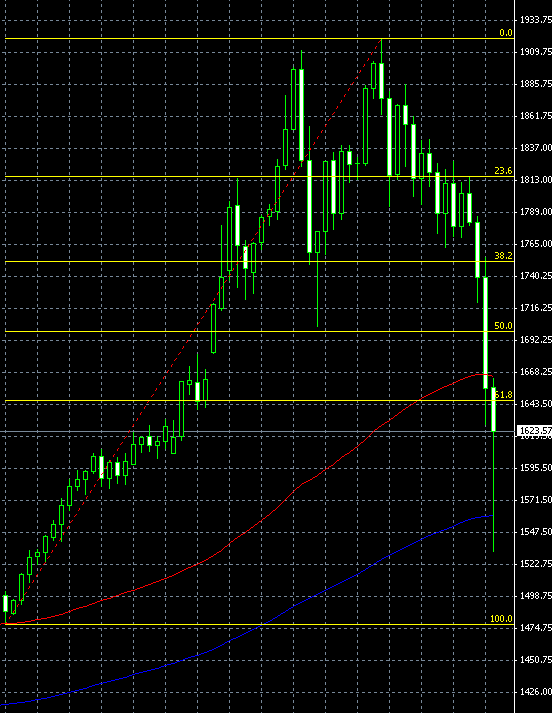 But switching to the weekly chart of the gold price reveals that there’s not so much to fear if you are bullish on gold. The price bounced off right from the 23.6% Fibonacci retracement level and still is far from the EMA-100 and EMA-200 levels. Moreover the bullish trend is preserved (high highs and higher lows), while the current correction fits the recent rally perfectly: 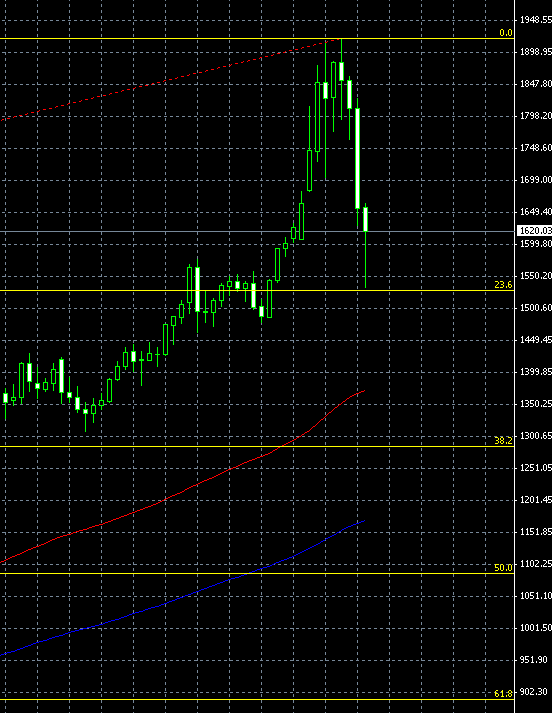 If you want to share your opinion or comments regarding the chances for gold to return to a bullish rally or to enter a  bearish trend, feel free to reply using the form below.