EUR/USD Starts Week with a Rally

EUR/USD reacted positively to the mixed reports that came out of the eurozone earlier today. The pair rose during the European trading session and continued its rally even following a preliminary German inflation report. Mixed US data pushed the currency pair even farther up.
US ISM services PMI went down from 53.9 to 53.0 in December, while a rise to 54.7 was expected by the majority of traders. (Event A on the chart.)
Factory orders rose by 1.8% in November, following a decline of 0.5% in October (revised positively from 0.9% drop). A similar growth of 1.7% was expected by the market participants. (Event A on the chart.)
On Friday, a report on the US crude oil inventories has shown a decline by 7 million barrels during the past week, following a drop by 4.7 million barrels a week earlier. Nonetheless, the inventories remain above the upper limit of the average range for this time of year. Total motor gasoline inventories rose by 0.8 million barrels after dropping by 0.6 million barrels a week before. (Not shown on the chart.) 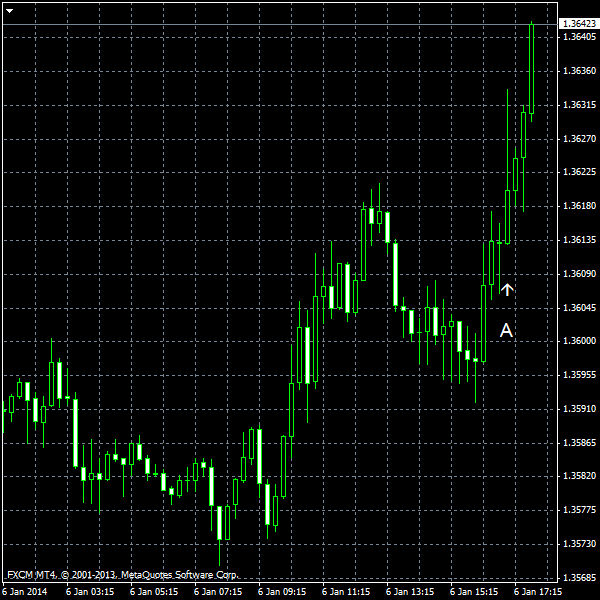