EUR/USD sank today as US macroeconomic reports were rather solid. Hawkish tone of US policy makers’ comments weakened the currency pair further. It looks like even the abysmal employment data was not able to deter the central bank from reducing its monthly asset purchases.
PPI advanced 0.4% in December, seasonally adjusted. It is compared to the forecast of a 0.5% increase and the 0.1% drop in November. (Event A on the chart.)
NY Empire State Index climbed from 1.0 in December to 12.5 in January, reaching its highest level in more than a year. It was far above the expected value of 3.2. (Event A on the chart.)
US crude oil inventories decreased by 7.7 million barrels last week after falling by 2.7 million the week before and are near the upper limit of the average range for this time of year. Analysts’ estimate promised a drop by 0.7 million. Total motor gasoline inventories increased by 6.2 million barrels and are in the middle of the average range. (Event B on the chart.) 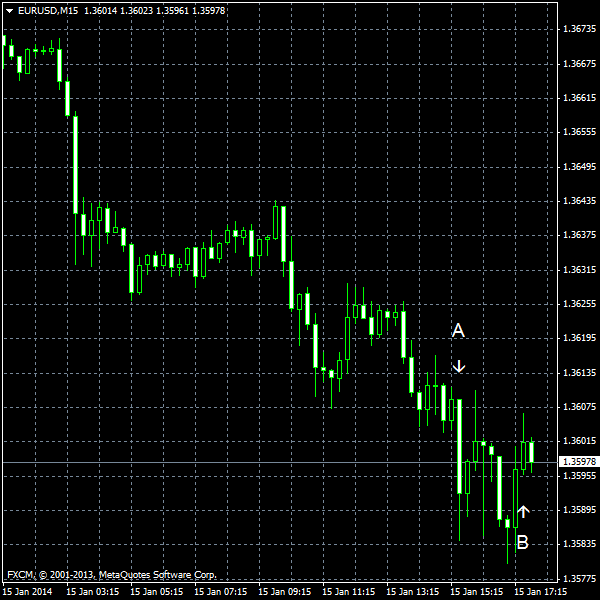