US Housing Data Does Not Prevent Drop of EUR/USD

The US housing report showed that the sector was a little worse in December than in the previous month, but it did not prevent EUR/USD from falling. The data was still very strong, adding to signs of economic growth in the United States. The preliminary consumer sentiment index spoiled the positive picture of the US economy, but did not deter the dollar’s rally.
Housing starts and building permits fell in December. Housing starts declined from 1,107k in November to 999k last month, while building permits dropped from 1,017k to 986k. Both values were not far from traders’ expectations. (Event A on the chart.)
Industrial production rose 0.3% in December after increasing 1.0% in November, somewhat slower than predicted 0.4%. Capacity utilization moved up 0.1 percentage point to 79.2%, matching the median forecast. (Event B on the chart.)
Michigan Sentiment Index was down from 82.5 in December to 80.4 in January according to the preliminary estimate. It was an unpleasant surprise for analysts who have expected an increase to 83.4. (Event C on the chart.) 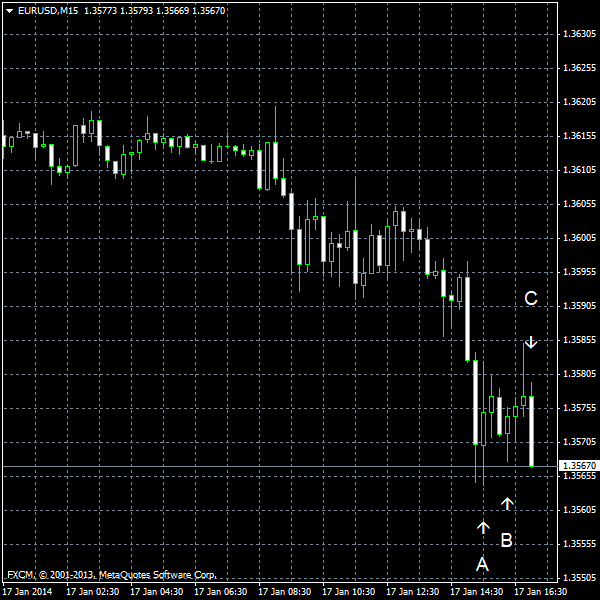