EUR/USD extended its drop for the third consecutive session today, falling to the lowest level in a month, after European Central Bank President Mario Draghi suggested that he will likely add monetary stimulus as soon as next month. Economic data from Europe supported such outlook, being rather negative, while the US report about unemployment claims were better than expected, allowing the dollar to gain on the euro.
Wholesale inventories grew 1.1% in March, above the analysts’ projection of 0.5% and the revised February increase of 0.7%. (Event A on the chart.)
Yesterday, a report on initial jobless claims was released, showing a drop from 345k to 319k last week, which was bigger than the predicted decrease to 328k. (Not shown on the chart.) 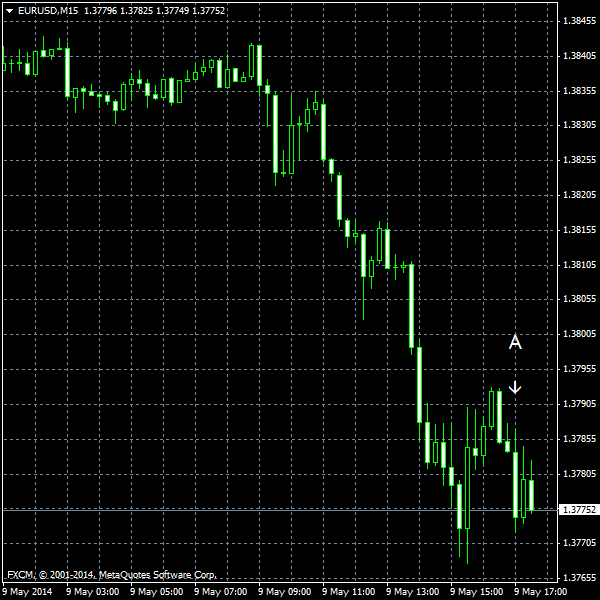