EUR/USD attempted to rally today but failed, hurt by speculations about the possibility of negative interest rates from the European Central Bank. The currency pair is contained in a range right now, trading with a slight downside bias but still above the opening level. As for new from the United States, there were few reports, among them PPI which was better than market participants were expecting.
PPI edged up 0.6% in April after rising 0.5% in March. The increase was above the forecast change of 0.2%. (Event A on the chart.)
US crude oil inventories increased by 0.9 million barrels last week, instead of falling by 0.4 million as was predicted, and are above the average range for this time of year. Stockpiles were down 1.8 million the week before. Total motor gasoline inventories decreased by 0.8 million barrels and are in the middle of the average range. (Event B on the chart.) 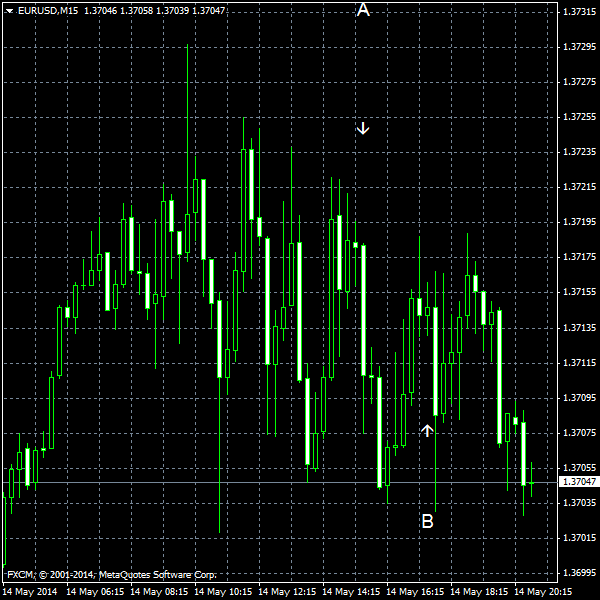