EUR/USD failed to demonstrate some definite direction during the day, rising and falling, but staying not far from its opening level today. Mixed US reports did not push the currency up or down.
ADP employment report demonstrated a growth by 213k jobs in September following 202k reported for August (revised down from 204k). The actual value turned out to be higher than 205k forecast. (Event A on the chart.)
ISM manufacturing PMI fell from 59.0% to 56.6% in September. Only a minor drop to 58.5% has been expected by the traders. (Event B on the chart.)
US construction spending fell by 0.8% in September, while forecasts pointed at a growth by 0.5%. August change was revised from 1.8% to 1.2%. (Event B on the chart.)
Crude oil inventories fell by 1.4 million barrels during the week ending September 26. They dropped by 4.3 million barrels a week earlier and were expected to rise by 1.5 million barrels this time. Total motor gasoline inventories decreased by 1.8 million barrels during the same period. (Event C on the chart.) 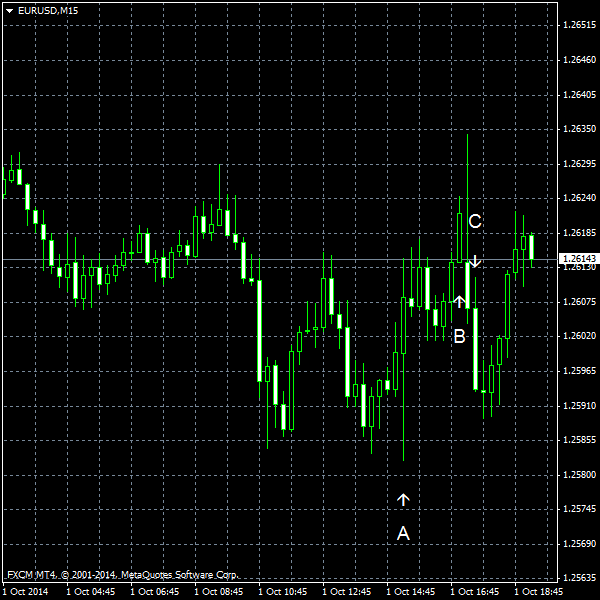