EUR/USD attempted to rally at the current trading session but lost gains after the release of economic data from the United States. While initial jobless claims rose more than was expected, both the  moving average and continuing claims fell to the lowest level in 14 years. Leading indicators were also positive, adding to the factors that allowed the dollar to regain strength.
Initial jobless claims rose from 266k to 283k last week. The increase was far bigger than the expected rise to 269k. Still the  moving average dropped to the lowest since May 2000. (Event A on the chart.)
Leading indicators grew 0.8% in September, exactly as forecasters predicted. The August change was revised from 0.2% to 0.0% (no change). (Event B on the chart.) 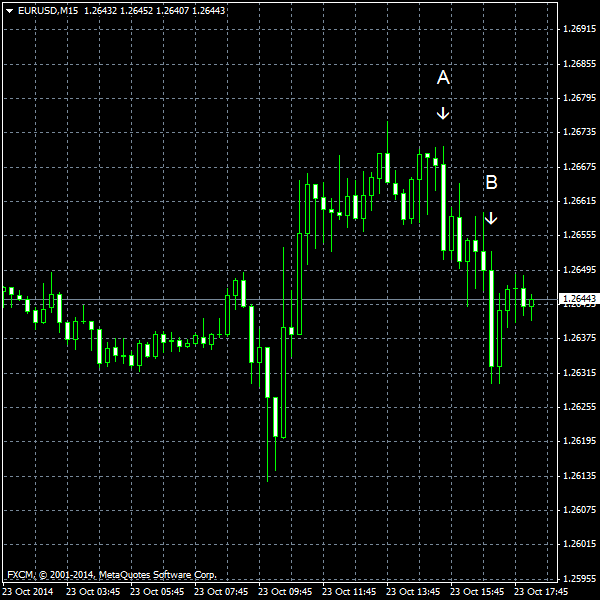