The US dollar halted its rally against the euro today as reports from the United States were not as good as specialists have anticipated. With growing trade deficit and falling factory orders, the US economy looks not as robust as it was previously considered by economists.
US trade balance posted a deficit of $43.0 billion in September, up from $40.0 billion in August. Most analysts thought that the deficit would be the same as in the previous reporting period. (Event A on the chart.)
Factory orders edged down 0.6% in September. The drop was not a big as the August’s 10.0% but was above analysts’ projections of 0.4%. (Event A on the chart.) 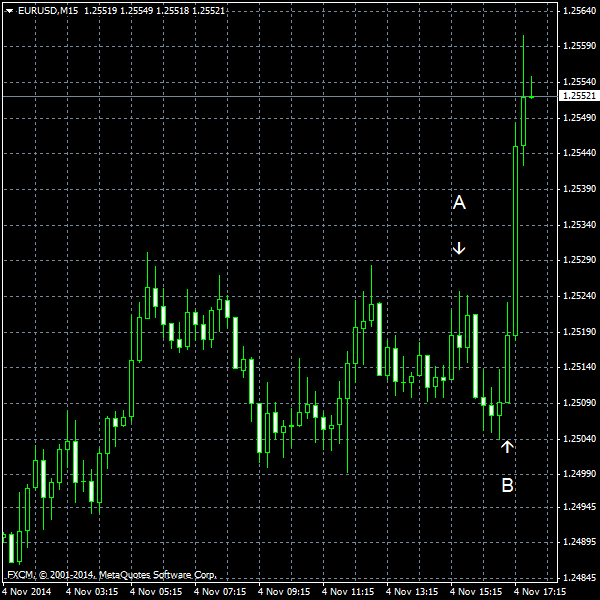