New Lows for EUR/USD After ECB

The euro was trying to rise on the dollar today but failed. EUR/USD sank to the lowest level since August 2012 after the European Central Bank announced its monetary policy decision. While the policy remained the same, ECB President Mario Draghi said in the introductory statement before the  that the quantitative easing program “will last for at least two years.” Moreover, Draghi stated that policy makers will use “additional unconventional instruments” in case inflation remains low. Such comments hurt the euro greatly.
Initial jobless claims edged down from 288k to 278k last week, while market participants anticipated much smaller decrease to 285k.
Nonfarm productivity rose 2.0% in the Q3 2014, exceeding the consensus specialists’ projection of 0.9% growth. Productivity was up 2.3% in the preceding quarter. 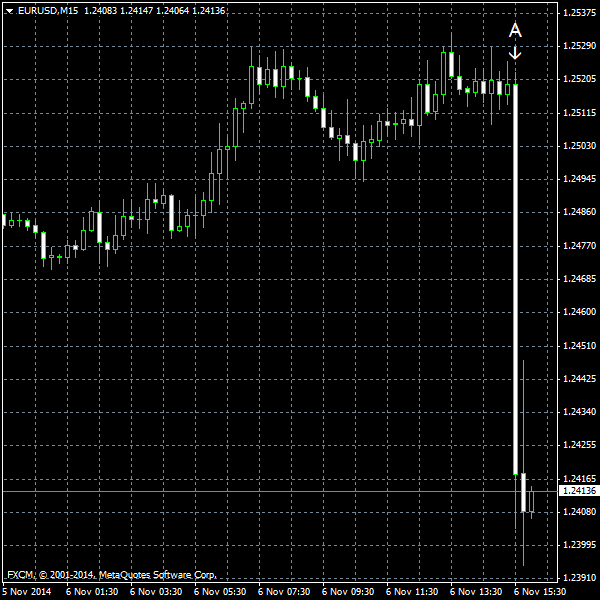