EUR/USD reached the new low for the year today but rebounded by the end of the trading session as US nonfarm payrolls grew less than analysts have expected. The report about consumer credit also frustrated traders, being below expectations. As a result, the dollar weakened against other currencies, including the euro.
Nonfarm payrolls grew by 214k in October, trailing analysts’ expectations of 325k. The September’s figure was revised positively from 248k to 256k. The unemployment rate fell unexpectedly from 5.9% to 5.8%. (Event A on the chart.)
Consumer credit rose by $15.9 billion in September, missing the median forecast of $16.6 billion. The August increase was revised from $13.5 billion to $14.0 billion. (Event A on the chart.) 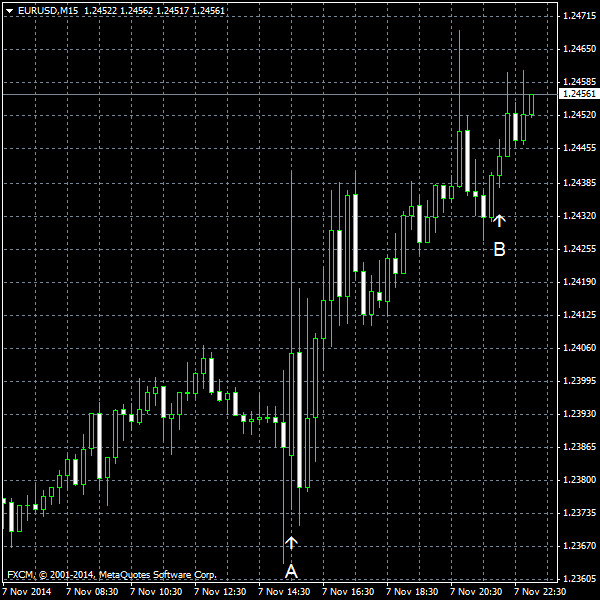