Although my 2014 forecast was not as bad as the one I posted for 2013, it was not too accurate either. It is now time to offer my expectations for the year 2015. I will also comment on my 2014 forecast and the actual outcome for every financial instrument. 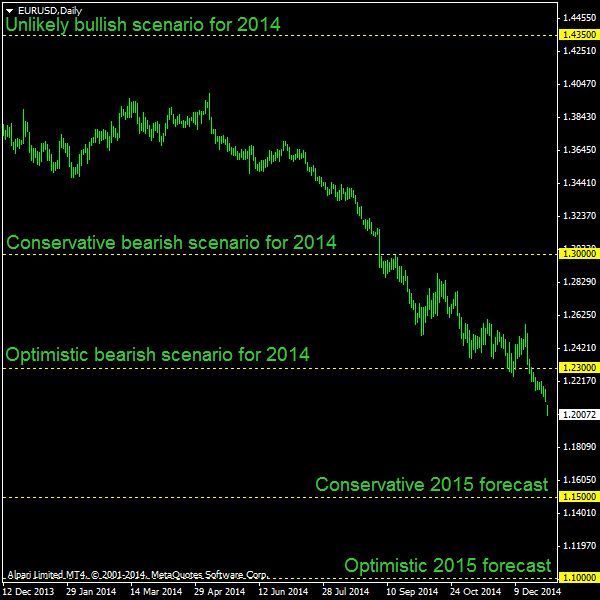 GBP/USD
My downside forecast overshot by quite a bit — GBP/USD went down to 1.5500, not to 1.5000. I am still expecting the currency pair to go down, but only until the Bank of England stops playing chicken with its monetary policy and raises the rates. Which is not very likely, considering low inflation levels in the UK. 1.4500–1.5000 seems to be a reasonable range for the pound in 2015. 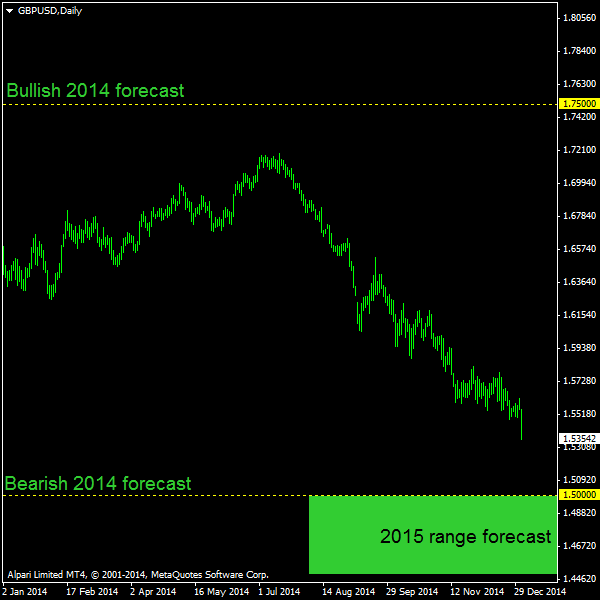 USD/JPY
The currency pair traded just according to my forecast in 2014. As for 2015, I see no reasons for it to reverse its general trend. USD/JPY has to rise to 130–140 this year. 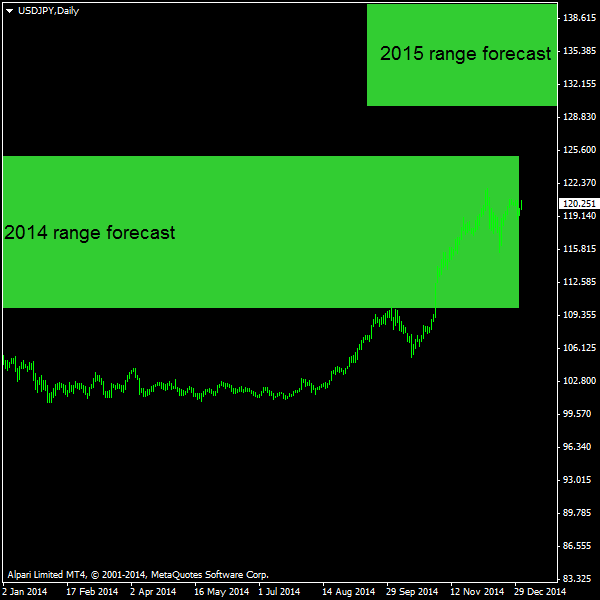 EUR/CHF
It was not a difficult task to forecast EUR/CHF price for 2014. Although my bullish scenario did not work, the pair still traded just above 1.2000. I expect it to stay very close to that level in 2015 too. 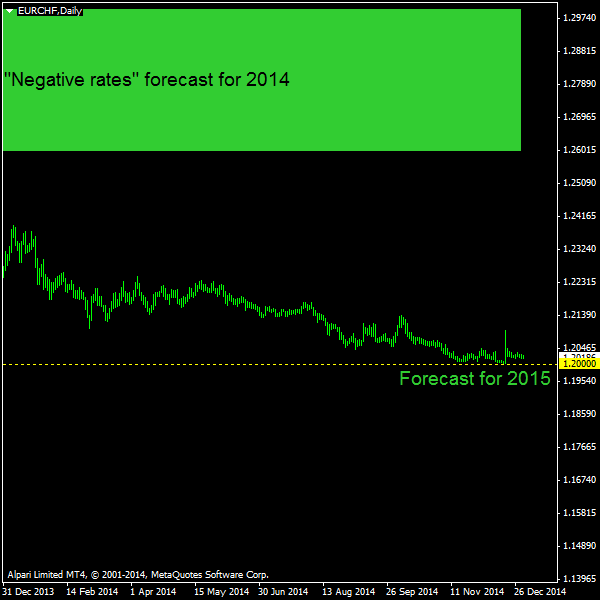 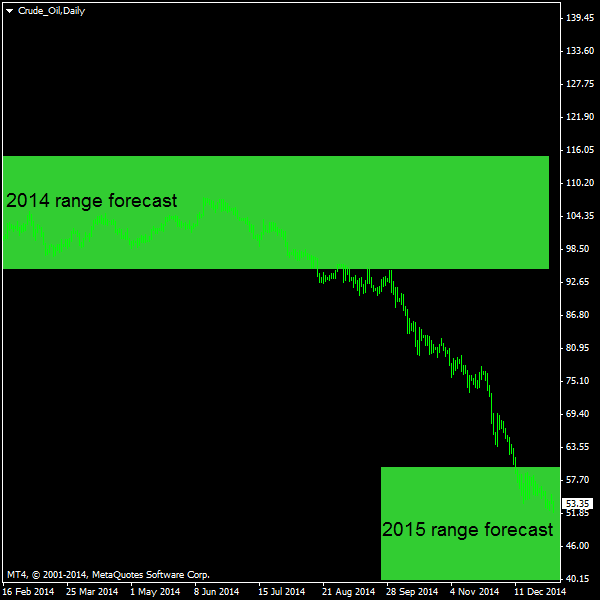 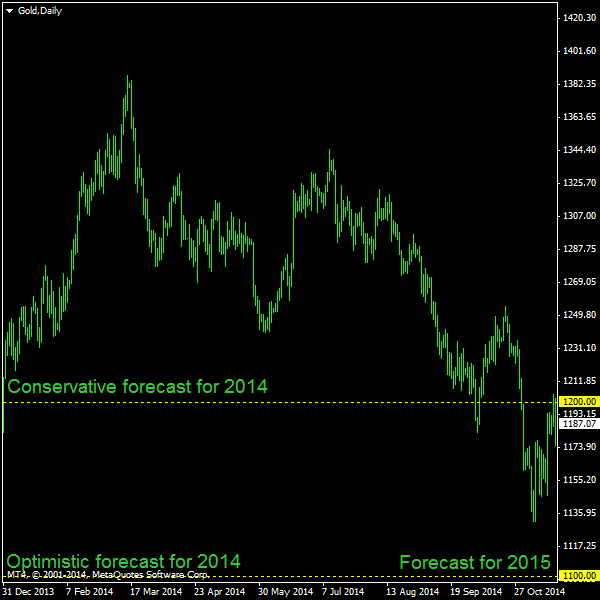 Interest rates
I was right about the US interest rates, but my forecast about unemployment rate not going below 6.5% was wrong. My forecast of ECB‘s rates was too conservative (the interest rate was lowered to 0.05% instead of 0.25%). My prediction of Bank of England‘s rates was completely wrong — they did not raise rates in 2014. The central banks of Canada and Japan did not change their rates in 2014, as I expected. Reserve Bank of Australia did not cut rates in 2014 too, but I expected a cut by 0.75%. I have also expected a cut by 0.50% from the Reserve Bank of New Zealand, but in reality they increased the interest rate by 1%. Swiss National Bank surprised markets and me by cutting the rates into a negative territory by the end of 2014.
In 2015, contrary to what the majority of market participants believes in, I expect the Fed not to raise rates at all. They will use the current situation to stimulate the economic growth further, while the inflation rate is still very low. ECB will not go for negative rates in 2015 and will keep its current 0.05% level unchanged. Bank of England may raise its rate once (to 0.75%) in 2015, but I would say that there is 50% probability that they will not do that. Both Bank of Japan and Bank of Canada will not change their rates in 2015. Australia will also keep its interest rate unchanged at 2.50%. New Zealand will stop raising rates 2015 and there is also a small probability that RBNZ will cut rates once in 2015. SNB will keep its -0.25% average interest rate unchanged in 2015.
I hope you had a nice Christmas and happy New Year holidays and are ready to rock the 2015 with trading and to make the profits flow into your account’s balance!

If you want to share your own forecast for 2015 regarding Forex and the related markets, please feel free to reply using the form below.