EUR/USD barely moved from its opening level during the current trading session. While the euro attempted to rally during early Wednesday’s trading, it retreated to the opening quickly.
New home sales were at the seasonally adjusted annual rate of 481k in January, little changed from the revised December’s value of 482k. The actual reading was better than 471k predicted by analysts. (Event A on the chart.)
Crude oil inventories increased by 8.4 million barrels last week, reaching yet another record. The increase was higher than the predicted 3.6 million and the previous week’s 7.7 million. Total motor gasoline inventories decreased by 3.1 million barrels last week, but are above the upper limit of the average range. (Event B on the chart.) 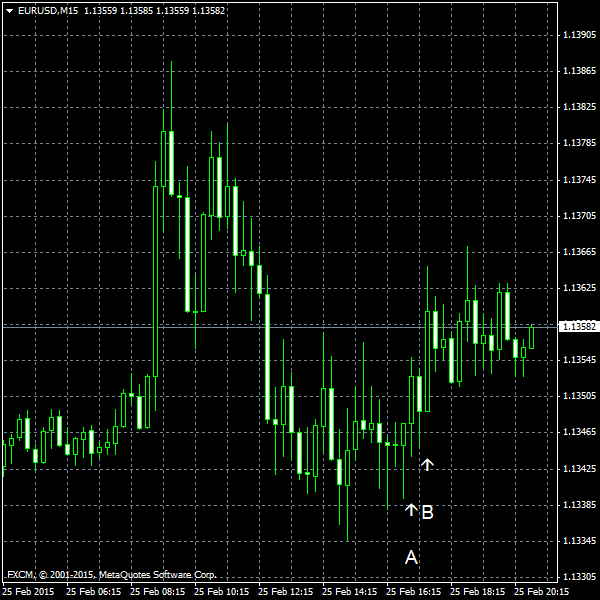