EUR/USD was swinging up and down today but stayed for the most part above the opening level. The euro was carried up by the surging yields for German bunds. Yet the rally looks fragile as the crisis in Greece darkens the mood of traders and makes it very likely for the shared 19-nation currency to reverse gains very soon.
US crude oil inventories dropped by 6.8 million barrels last week, exceeding the expected decrease by 1.5 million and the previous week’s fall by 1.9 million. Still, stockpiles remained near the record level for this time of a year. Total motor gasoline inventories decreased by 2.9 million barrels last week but are in the upper half of the average range. (Event A on the chart.)
Treasury budget demonstrated a deficit of $82.4 billion in May that followed the surplus of $156.7 billion in April. Analysts predicted a shortage of $97.4 billion. (Event B on the chart.)
Yesterday, a report on wholesale sales was released, showing an increase of 0.4% in April. The median forecast promised the same 0.2% of growth as in the previous month. (Not shown on the chart.) 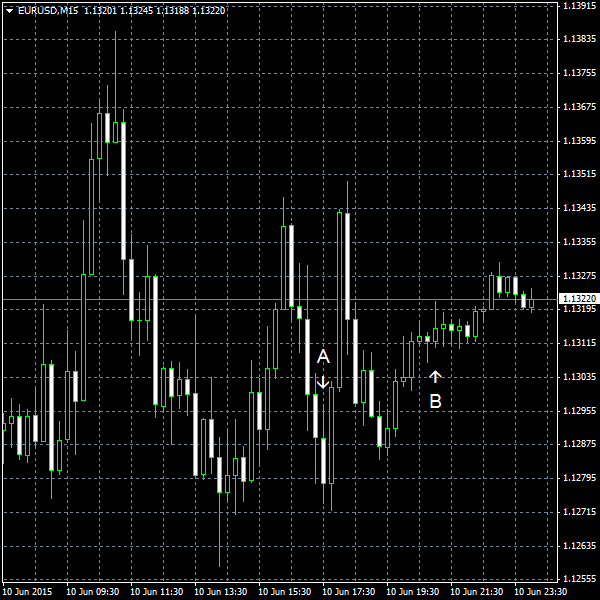