Uncertainty About Greek Bailout Results in Volatile Trading for EUR/USD

Trading was volatile today as traders focused their attention on the negotiations between Greece and its creditors. There were conflicting rumors about the outcome of the talks, giving no clear edge either to the dollar, or to the euro. As a result, EUR/USD currently trades near the opening level.
Initial jobless claims rose a little from 268k to 271k last week, matching forecasts exactly. (Event A on the chart.)
Personal income demonstrated an increase by 0.5% in May, the same as the revised April’s change and a bit smaller than the predicted 0.6%. Personal spending climbed 0.9%, exceeding the median forecast of 0.6% and the previous month’s revised change of 0.1%. (Event A on the chart.)
Flash Markit services PMI dropped from 56.2 in May to 54.8 in June, completely missing the analysts’ estimate of 56.4. (Event B on the chart.) 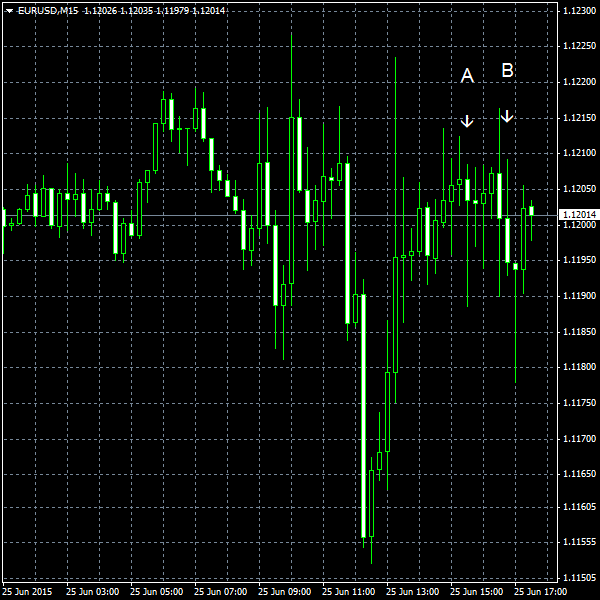