How Often Do You Look at the Charts?

It appears that currency traders’ predisposition to monitor charts varies significantly. Some build enormous trading stations with several monitors to constantly keep an eye on multiple charts at once, while others tend to move their trading terminal away to some remote VPS in order to preserve their peace of mind. Such traders start feeling anxious about their trades when they switch to frequent . 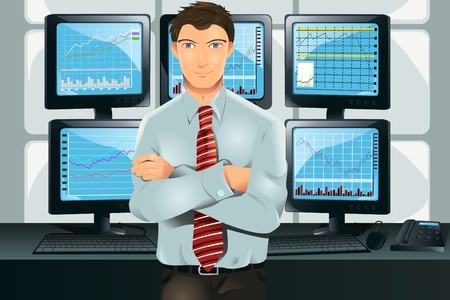 Forex traders can be generally categorized into two cohorts: active traders and passive traders. Active traders monitor their charts as much as they can. Sometimes, it is just a few times a day, but more often it is just constant monitoring of several charts — they literally work in front of the Forex charts. Passive traders work differently. They look for the setups only several times during some fixed period and, usually, stop watching the charts after the trades or stop/limit orders have been placed. Both approaches are intended for different trading styles. Active traders are mostly scalpers and intraday swing traders. Passive traders linger to  trading.
I do not check charts very often. Usually, I spend about an hour for analysis during the weekend and then recheck them several times a week to see how the patterns develop. My frequency of  may rise abruptly when a particularly surprising and important news is out. And how about you?

If you have a story to share about chart-watching and Forex trading, please feel free to do so using the form below.