EUR/USD rallied today with a bit of help from US economic data. Today’s report showed that manufacturing activity remained at low levels while yesterday’s data from Richmond Fed showed that the sector actually worsened. The currency pair’s rally was moderated by comments from Mario Draghi, President of European Central Bank, who signaled that the ECB is ready to stimulate economy if need arises.
Flash Markit manufacturing PMI was at 53.0 in September, unchanged from August’s 22-month low. Economists had hoped for a small increase to at least 53.3. (Event A on the chart.)
Crude oil inventories decreased by 1.9 million barrels last week. This is compared to the predicted drop by 1.0 million and the previous week’s decline by 2.1 million. Total motor gasoline inventories increased by 1.4 million barrels and were in the upper half of the average range. (Event B on the chart.)
Yesterday, a report on Richmond Fed manufacturing index was released, showing a drop from 0 to -5 in September instead of an increase to 4 predicted by analysts. (Not shown on the chart.) 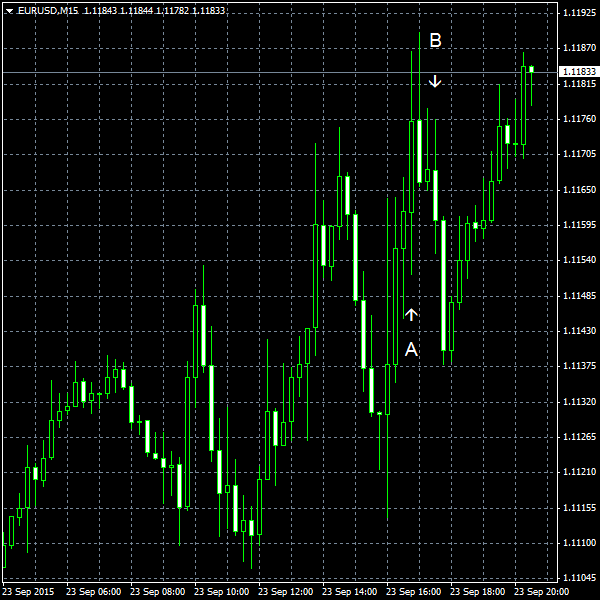