EUR/USD reversed its upward movement and fell today as US employment data beat analysts’ expectations. It is an encouraging sign for dollar bulls ahead of even more important nonfarm payrolls, which will be released on Friday.
ADP employment was up by 200k in September, a bit above the median forecast of 192k and August’s growth of 186k. (Event A on the chart.)
Chicago PMI dropped by 5.7 points to 48.7 in September. Analysts’ predictions were more optimistic, pointing at 53.2 as a possible figure. (Event B on the chart.)
Crude oil inventories rose by 4.0 million barrels last week. This is compared to the predicted drop by 0.5 million and the previous week’s decline by 1.9 million. Stockpiles remained at the record level for this time of year. Total motor gasoline inventories swelled by 3.3 million barrels and were near the upper limit of the average range. (Event C on the chart.) 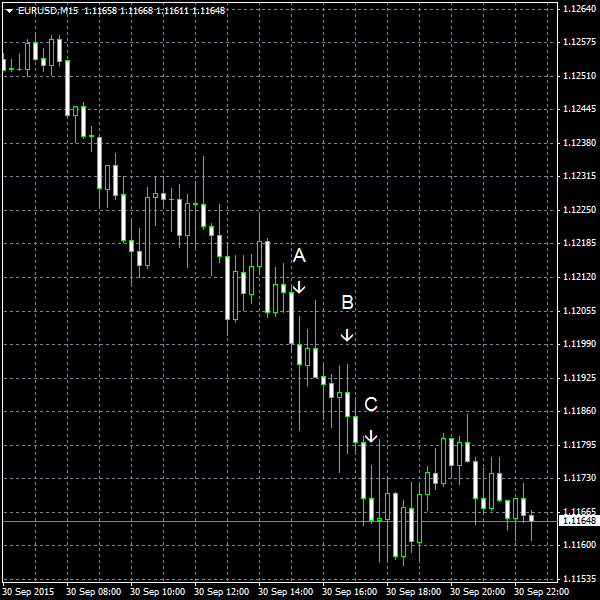