EUR/USD was moving slowly during at the first half of the current trading session but has surged after the release of US nonfarm payrolls. The report was not just worse than expected, it was really abysmal. Specialists say that it was the worst payrolls in 2015. Not only the data was bad by itself, it also made rather unlikely for the Federal Reserve to start monetary tightening this year.
Nonfarm payrolls grew by 142k in September — a very disappointing figure to those economists who had counted on growth by 201k. What is more, August’s increase was revised down from 173k to 136k. Unemployment rate stayed at 5.1%. Average hourly earnings were almost unchanged after rising 0.4% in the previous month while experts had promised 0.2 percent growth. (Event A on the chart.)
Factory orders dropped 1.7% in August, almost two times the forecast decline by 0.9%. The indicator increased 0.2% in July (a downward revision from 0.4%). (Event B on the chart.) 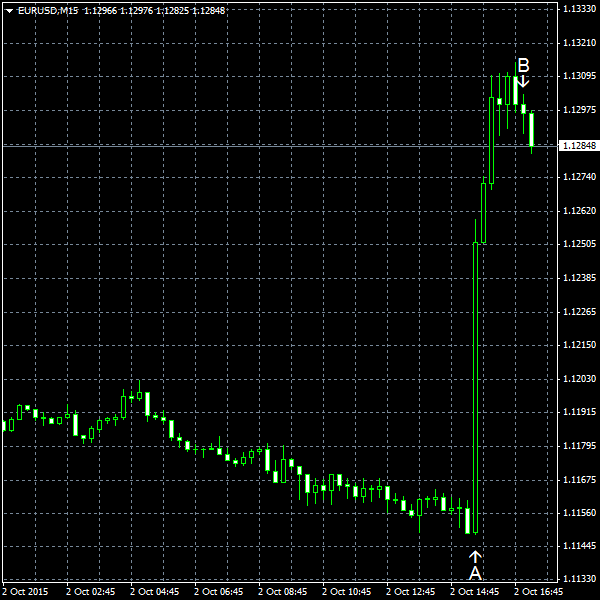