The dollar was little changed against the euro during Wednesday’s quiet trading. This week’s economic calendar is light on reports, resulting in subdued trading. The euro attempted to rally versus the greenback intraday but failed and is trading near the opening level right now.
Crude oil inventories rose by 8.0 million barrels last week and remained near levels not seen for this time of year in at least the last 80 years. The increase was far bigger than the 3.5 million gain predicted by analysts. Stockpiles swelled by 7.6 million the week before. Total motor gasoline inventories shrank by 1.5 million barrels but remained above the upper limit of the average range. (Event A on the chart.)
Yesterday, a report on housing starts and building permits was released. Housing starts were at the seasonally adjusted annual rate of 1.21 million in September, up from 1.13 million in August. Building permits were at the seasonally adjusted annual rate of 1.10 million last month, down from 1.16 million in the preceding month. (Not shown on the chart.) 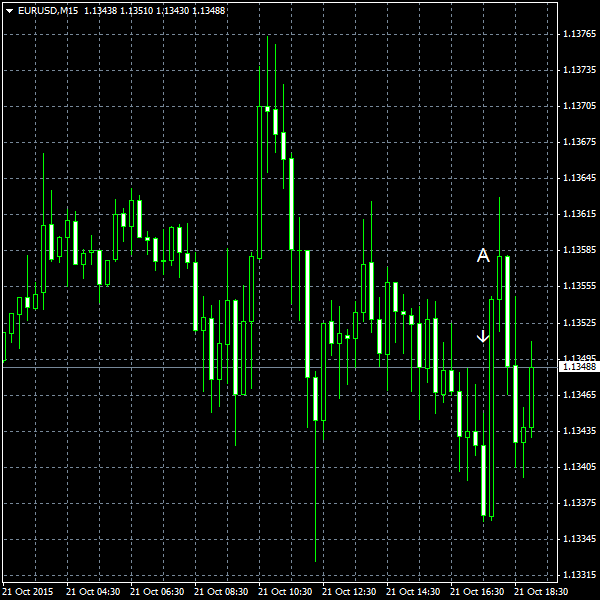