EUR/USD sank almost 2 percent during the current trading session. While economic reports from the United States were good for the most part, they were not the main reason for the big slump. The most important perpetrator in the decline was the comments of Mario Draghi, President of European Central Bank. (Event A on the chart.) He kept monetary policy unchanged but hinted that the ECB is likely to expand monetary stimulus in December. The prospects for stronger quantitative easing sent the euro crashing down while the dollar profited from the euro’s weakness.
Initial jobless claims were up from 256k to 259k last week but significantly below the predicted level of 266k. (Event A on the chart.)
Existing home sales rose to the seasonally adjusted annual rate of 5.55 million in September from the slightly downwardly revised level of 5.30 million in August. Experts had predicted a much smaller increase to 5.38 million. (Event B on the chart.)
Leading indicators fell 0.2% in September while specialists had promised no change. The August’s reading was revised from +0.1% down to 0.0%. (Event B on the chart.) 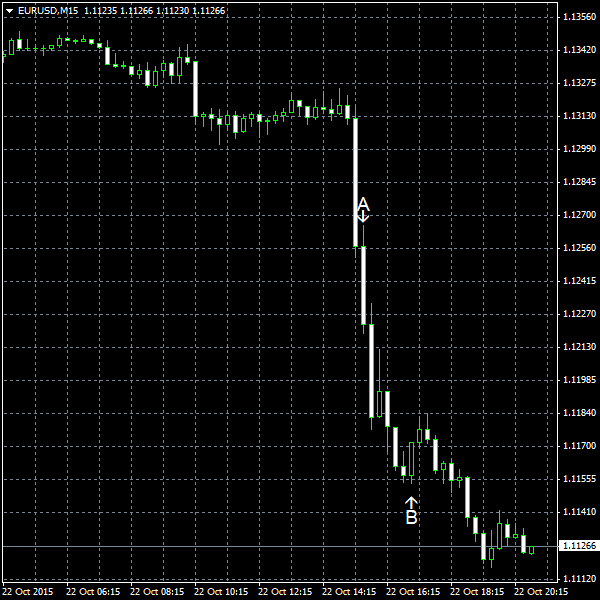