EUR/USD attempted to extend yesterday’s bounce today but backed off to close not far from the opening level by the end of the trading session. US economic data released on Friday was below market expectations for the most part with the exception of the Chicago Business Barometer.
Both personal income and spending increased 0.1% in September after rising 0.4% in August, missing the analysts’ estimate of a 0.2% increase. (Event A on the chart.)
Chicago PMI increased from 48.7 in September to 56.2 in October, frustrating analysts who had predicted a much smaller increase to 49.5. (Event B on the chart.)
Michigan Sentiment Index was at 90.0 in October. It was above the September’s level of 87.2 but below the preliminary reading of 92.1 and the consensus forecast of 92.6. (Event C on the chart.) 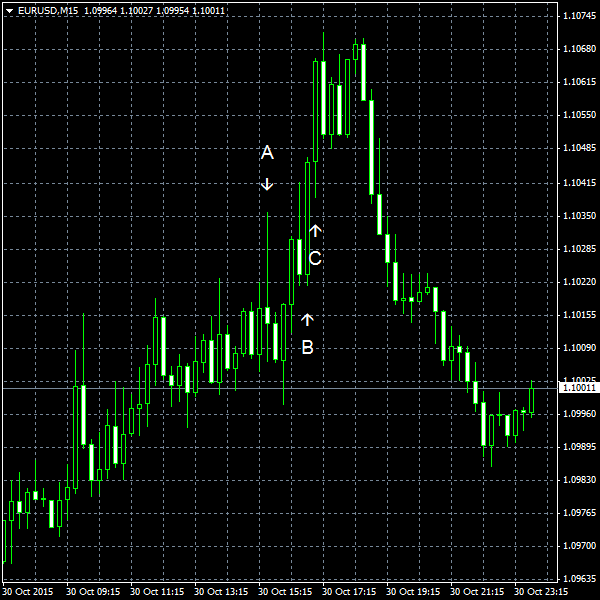