Have you ever seen a Forex broker boasting awards like The Best Platform in Eastern Europe or The Best STP Forex Broker? You might think — what’s the deal with so many brokers taking pride in so many awards? How are they any representative of quality if every broker has at least dozen of such honors? The fact is, they do not. In the majority of cases, these awards are given by the websites or magazines you have never heard of and there are no clear requirements or assessment methodology to get those awards, apart from the organizer’s fee, of course.

The Guardian has written about some
award schemes in the financial industry of the United Kingdom back in 2011. Precisely the same but at a much greater scale is very popular in Forex trading and binary options since about 2012. The reason such awards are so prevalent in the industry is the high marketing value they seem to bring (elevating the status of the broker in the eyes of the potential traders) combined with rather low participation costs.
What’s in it for brokers?
The brokers get publicity from industry accolades in several ways:

All three work on strengthening the image of the brokerage company as a trustworthy firm when in fact they more often than not are worthless. Consider this: a scam broker FXcast had been recognized as the Best Forex Forecast and Strategy Provider Asia 2012 by the Global Banking & Finance Review in 2012 — just a year before the company went on a run with customers’ funds.
What’s in it for award organizer?

All in all, it looks like a  cooperation between the brokers and the award givers, except that it is becoming a  situation for the traders as the awards cease to be a signal of reputation and instead turns into a distraction keeping attention of the potential customer away from the things that really matter. 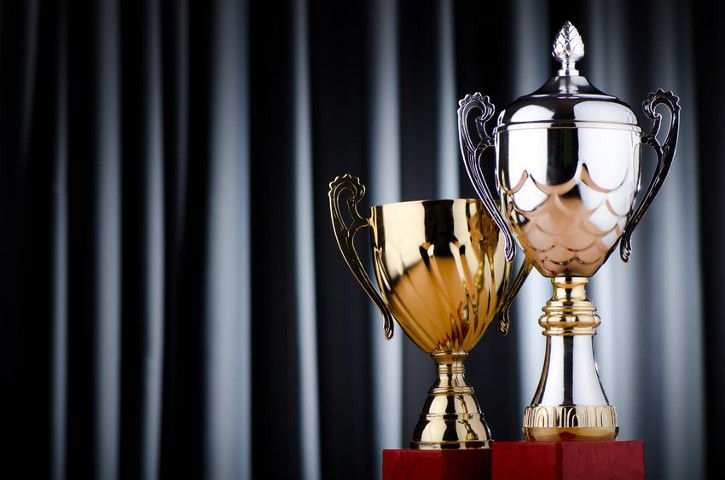 Current situation
All that being said, not all awards are equally useless. Some of them can serve as a sort of a benchmark to assess certain aspects of a broker’s profile. I would classify them as follows:
Highest tier — trusted awards. Examples: Barron’s, FXStreet (they do not even award the brokers!), Investment Trends. What unites these award schemes is the transparent and sound methodology. Also, they do not give away hundreds of awards in dozens of categories. Their awards are few but valuable. All these companies earned their reputation before starting to give awards to others.
Medium tier — expos and conventions. Examples: MENA Financial Expo, iFX Expo, ShowFx World. They have some history and reputation, there are quite strict requirements to participate, and there is competition among participants. Still, such awards should be taken with a grain of salt as they are biased (towards expo participants), often lack real expertise, and their primary goal is promotion.
Lowest tier — dubious awards. All sorts of magazines and broker rating websites come into this category. They provide no transparent judgement criteria, the jury is unknown, and there is often only a small survey to fill in order to get nominated (and get awarded). And there is no shortage of such awards — for example, World Finance magazine alone disbursed 590 trophies in 2015! Such “generosity” depreciates the very idea of an award as some accomplishment — something to be proud of, a sign of exceptional quality, a recognition beyond the plain business success.
Better future
In my opinion, the industry would benefit a lot if the awards schemes either got regulated or if there would be some form of public rejection of the subpar award programs. A perfect Forex award system would involve a professional experts panel, possibly with representatives from regulatory institutions. Alternatively, or additionally, a survey of qualified traders could be employed as a gauge. It would also require a rigorous process for checking whether the traders are really qualified. They would need to have a real experience of interaction with the researched company, and they would need to be experienced enough to draw some comparisons.
As a result, we would have some kind of an industry assessment standard — such an award would really mean something and would really help inexperienced traders to better navigate themselves in the retail Forex business. Unfortunately for now, we are getting used to rather meaningless awards.
Your opinion

If you have anything to say about the awards in the FX trading industry, please use the commentary form below.