EUR/USD was moving down during the current trading session and extended the decline after US unemployment claims had shown an unexpected drop. The currency pair was also under pressure from the threat of the Brexit. Mario Draghi, President of the European Central Bank, mentioned in his speech today that “uncertainty over the institutional stability of the euro area also matters for monetary policy, since it too can slow down the transmission of monetary policy.” (Event A on the chart.)
Initial jobless claims fell from 268k to 264k last week. That is compared to the analysts’ average forecast of 269k. (Event B on the chart.)
Wholesale inventories rose 0.6% in April instead of increasing by just 0.1% as specialists had predicted. The March increase was revised slightly from 0.1% to 0.2%. (Event C on the chart.)
Yesterday, a report on crude oil inventories was released, showing a decrease by 3.2 million barrels last week that followed the drop by 1.4 million the week before. Total motor gasoline inventories rose by 1.0 million barrels. (Not shown on the chart.) 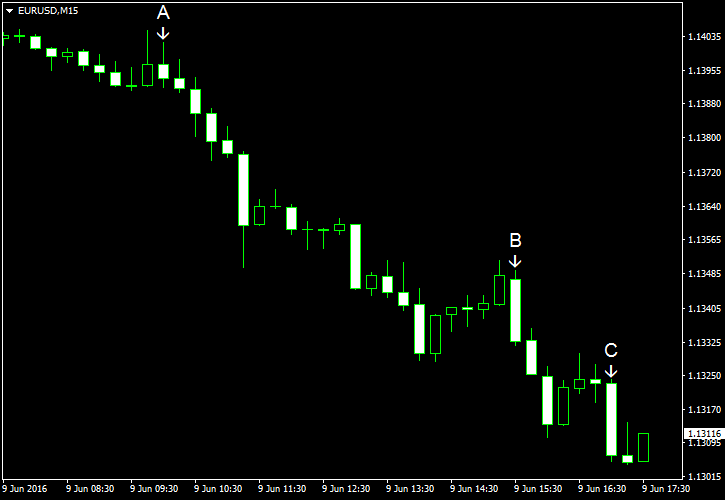