While EUR/USD fell a little during Monday’s trading, the drop was very small and not nearly enough to compensate the Friday’s jump due to the poor GDP report. Now, traders are bracing themselves for nonfarm payrolls released on August 5 and potential impact of the employment data on markets.
Markit manufacturing PMI was at 52.9 in July, up from 51.3 in the preceding month, according to the revised estimate. The actual reading was the same as the preliminary estimate and analysts’ expectations. (Event A on the chart.)
ISM manufacturing PMI declined to 52.6% in July from June’s 53.2% whereas experts had anticipated the index to remain basically unchanged. (Event B on the chart.)
Construction spending fell 0.6% in June from May while analysts had promised an increase by 0.5%. The previous month’s reading received a big positive revision from -0.8% to -0.1%. (Event B on the chart.) 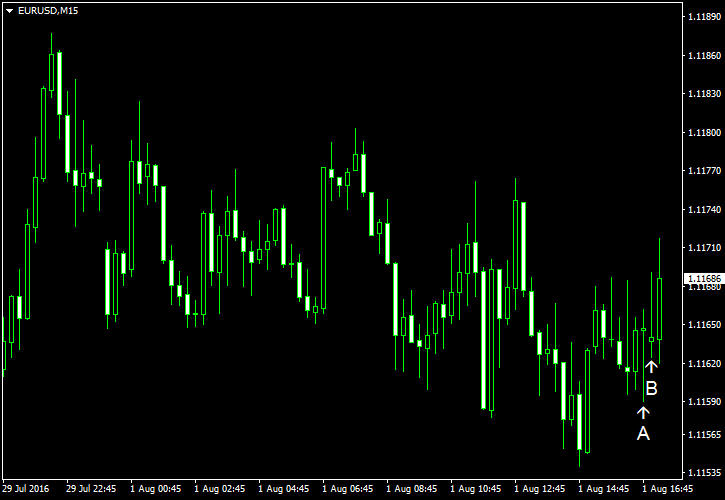