EUR/USD has ended its rally today, falling a bit. The relatively positive macroeconomic reports released from the United States over the session helped the dollar to stand ground versus the euro. Meanwhile, market analysts continue to argue about timing of an interest rate hike from the Federal Reserve.
Initial jobless claims were at 266k last week, little changed from the previous week’s revised level of 267k. Analysts had predicted an increase to 272k. (Event A on the chart.)
Export and import prices rose in July. Import prices increased 0.1% after the rise by 0.6% in June (revised from the initial 0.2%) while experts had predicted a drop by 0.2%. Export prices rose 0.2% following the increase by 0.8%. (Event A on the chart.) 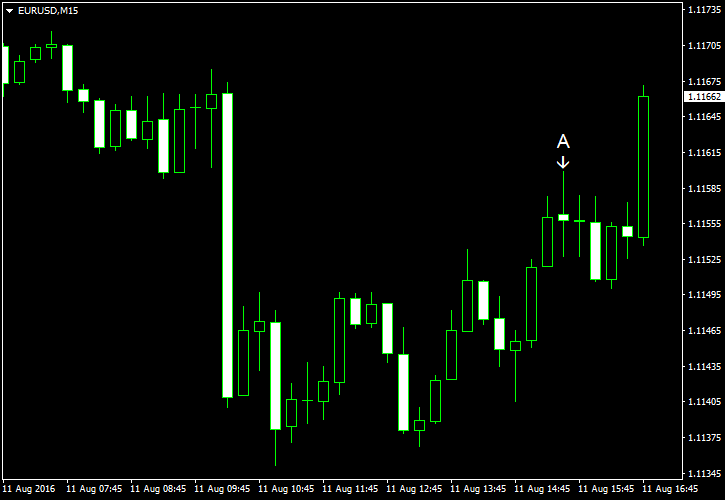