Economic data released from the United States during today’s trading session was not spectacular but it had limited importance anyway as traders’ attention was glued to the Jackson Hole meeting and the speech of Fed chief Janet Yellen in particular. While Yellen did not say anything shocking and did not give away timing for the next interest rate cut, she said that there is stronger case for higher rates. (Event B on the chart.) EUR/USD, which was slowly rising throughout the trading session, has slumped after the comments.
US GDP rose at the annual rate of 1.1% in Q2 2016, matching analysts’ expectations, according the second (preliminary) estimate. The value was a bit lower than the fist (advance) estimate of 1.2%. The indicator increased 0.8% in Q1. (Event A on the chart.)
Michigan Sentiment Index was down from 90.0 in July to 89.9 in August — below the preliminary estimate of 90.4 and analysts’ projections of 90.6. (Event B on the chart.) 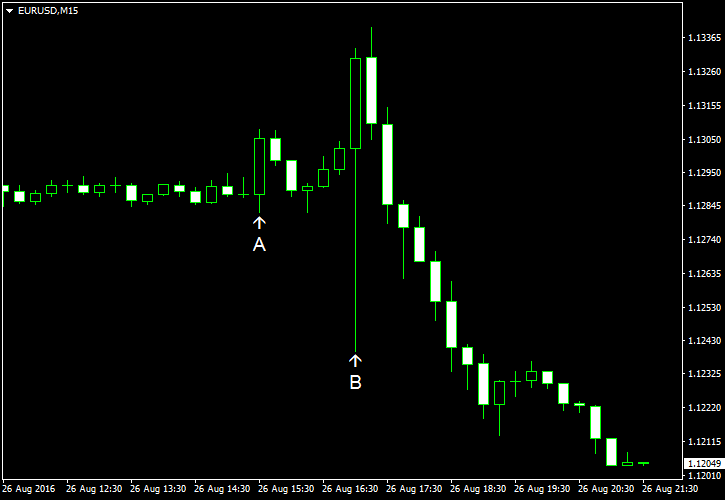