Today, the Bank for International Settlements released its 2016 Triennial Central Bank Survey of FX and  (OTC) derivatives markets. It is based on the survey conducted in April this year. The main report is rather short (23 pages) and contains some interesting data. The most important stuff is listed here:

The table screenshot below shows all currency pairs that had at least 1% share in the daily turnover as of April 2016: 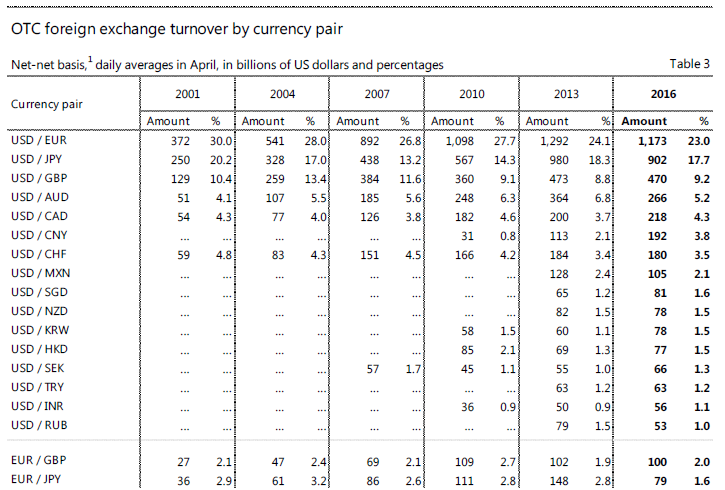 The updated version of the report will be released in December — some numbers may get adjusted but they will not be significantly different.
If you have some questions or comments regarding the way the global foreign exchange market is heading, please feel free to reply below.