My previous attempt to profit from carry trade did not end well. Swiss franc proved to be a wrong currency to bet against in 2015. This time is different! However, I seriously ask you not to follow this trade on a live account unless you are ready to lose some of your trading funds.
The idea of entering a new carry trade has been inspired by this reddit thread. The British pound with its freshly cut interest rate of 0.25% and a score problems originating from the Brexit looked like a perfect candidate for a  carry trade currency. Two moderate waves of GBP appreciation that occurred after initial Brexit fall had been spurred mostly by  and quite optimistic economic indicators released in the UK lately. The resulting consolidation provides an opportunity to short the pound at optimal price levels and with clear positioning.
After a month of research, I have come to a conclusion that the best counterpart for this trade would be the New Zealand dollar. I have rejected the idea of using a  currency in such a trade due to intrinsic risks. Of the remaining major currencies, only NZD looked attractive enough for a carry trade — with its 2.00% interest rate and a healthy economy. The latter is characterized with improving employment and stable GDP growth. The only negative factor is the crawling rate of inflation, which continues to remain well below the RBNZ target of 2%.
From the technical analysis point of view, GBP/NZD daily chart is forming a sort of a descending triangle following a huge downswing. The logic of such formation is simple — the currency rate is consolidating before continuing further with the original trend’s direction. Additionally, a close option is provided by the triangle pattern’s high (1.9046 on July 21). Normally, I would trade such differently — using a breakout. However, my carry trade is not a breakout trade — the idea is not to profit from the GBP/NZD depreciation, though it could be a nice bonus, but to get a constant stream of overnight swap payments. Waiting for a breakout (which I always do in my pattern trades) is not going to help here. 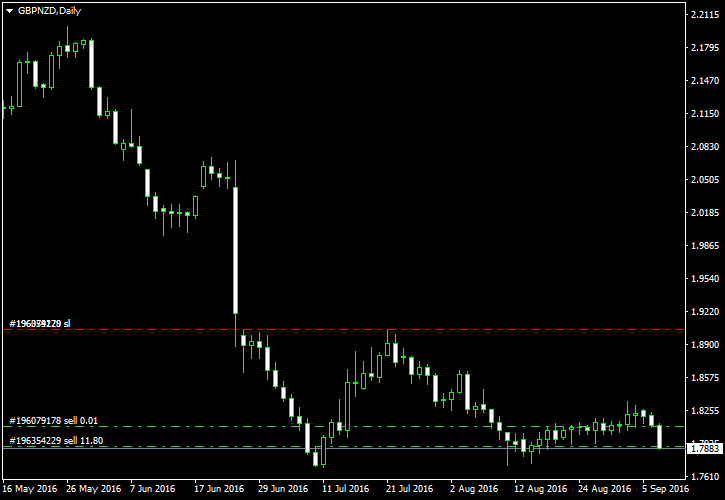 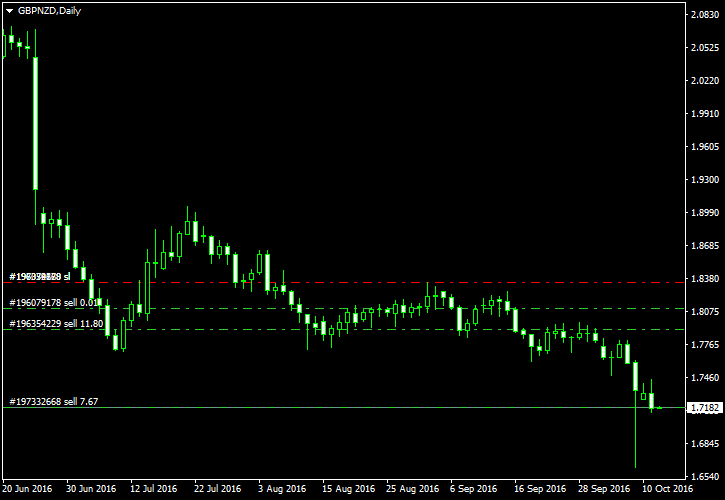 Update 2017-04-18: Alas, all good things must come to end. With the British prime minister announcing early elections, the pound has gained quite a lot of strength today and broke through my . The markets consider the early elections bullish for the GBP because the outcome will be more favorable to Theresa May, who, it is believed, will be able to make the Brexit not as bad for the UK as it could be. My trade’s loss has been partially compensated with the overnight swaps accumulated during the holding period. Still, even losing 0.8 of the intended risk is a loss. 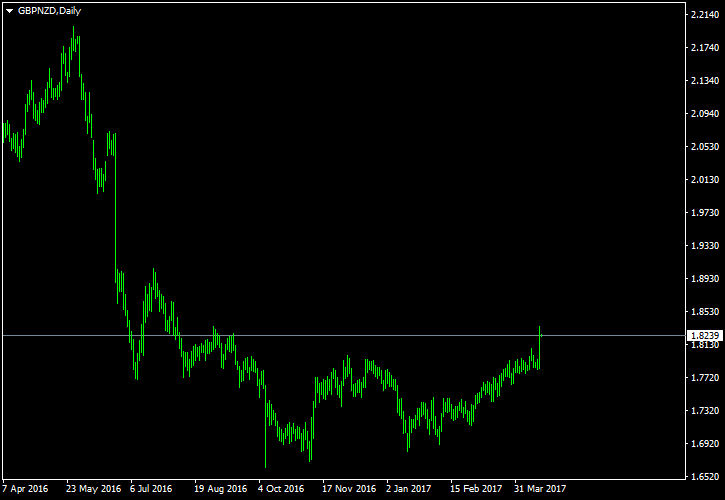 If you have any questions about this carry trade opportunity or if you wish to offer your ideas for the carry trade strategy based on the current Forex market situation, please feel free to post them using the form below.