While EUR/USD held steady during European trading hours, the currency pair gave ground during the US session today. Yesterday, the dovish speech Governor Lael Brainard drove the dollar down. Yet today, the US currency bounced against its rivals, including the euro. The week is light on economic reports from the United States until Thursday when a huge number of reports should be released.
Deficit of treasury budget shrank from $112.8 billion in July to $107.1 in August but was still above the analysts’ median forecast of $98.0 billion. (Event A on the chart.)
On Friday, a report on wholesale inventories was released, showing no change in July. That is compared to the predicted growth by 0.1% and the previous month’s increase by 0.3%. (Not shown on the chart.) 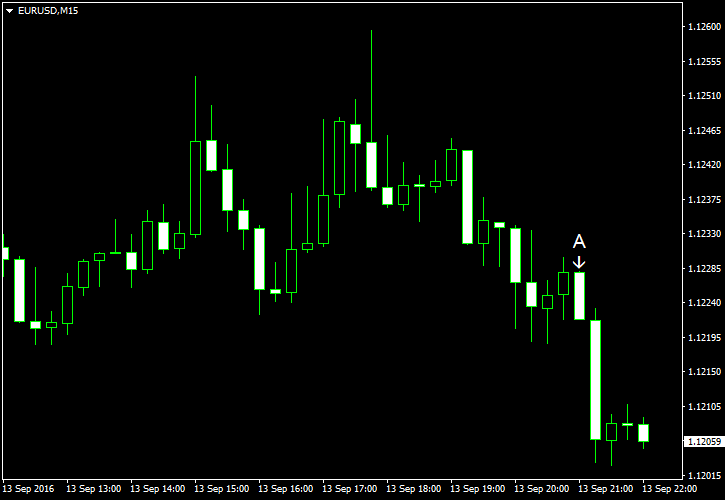