EUR/USD ended trading far below the opening level. While the majority of traders do not believe in an interest rate hike from the Federal Reserve next week, they still bet on a rate increase later this year. Such view strengthened after the  inflation report released on Friday, boosting the dollar against its rivals.
CPI rose 0.2% in August, exceeding the median forecast of 0.1%. The index was unchanged in July. (Event A on the chart.)
According to the preliminary reading, Michigan Sentiment Index was at 89.8 in September, unchanged from August. Analysts had promised an increase to 91.0. (Event B on the chart.)
Net foreign purchases were at $103.9 billion in July, exceeding the median forecast $30.2 billion. The June reading was revised from -$3.6 billion to -$0.5 billion. (Event C on the chart.) 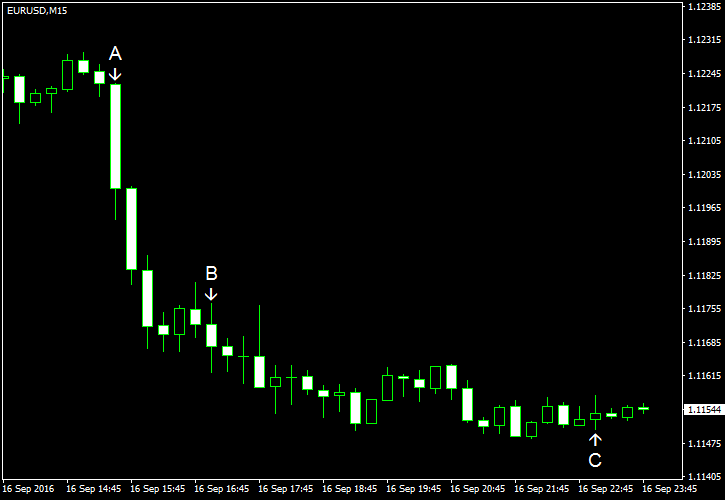