EUR/USD rose today, extending its rally for the fourth consecutive session. Uncertainty about the outcome of the presidential elections in the United States and concerns that Donald Trump may win Monday’s debate with Hillary Clinton were driving the dollar lower versus its peers. data from US housing market was unable to provide support for the US currency. Meanwhile, the unexpected climb of the German business climate index contributed to the strength of the euro. (Event A on the chart.)
New home sales were at the seasonally adjusted rate of 609k in August, above the analysts’ median forecast of 598k. The July reading was revised from 654k to 659k. (Event B on the chart.)
On Friday, a flash report on Markit manufacturing PMI was released, showing a drop from 52.0 in August to 51.4 in September. Experts had promised the index to stay almost unchanged at 52.1. (Not shown on the chart.) 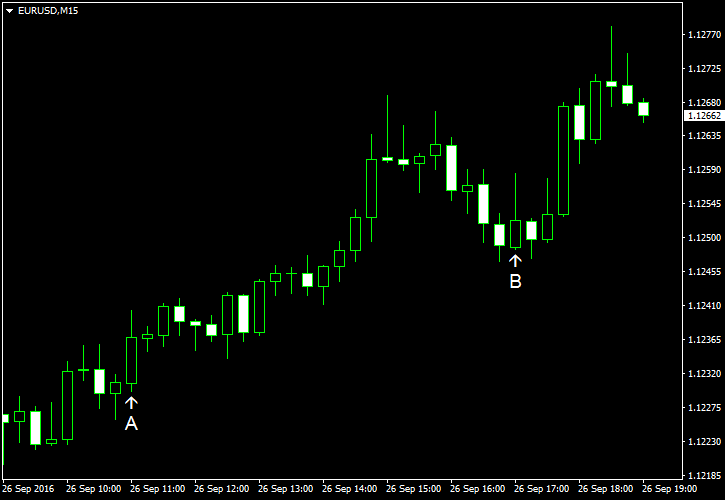