EUR/USD Up After US Consumer Sentiment Disappoints, Ignores GDP

The dollar traded mostly flat today, though it fell against some currencies. So happens, the euro was one of them. The  US gross domestic product figure did not halt the rally of EUR/USD for long while the  US consumer sentiment boosted the currency pair.
US GDP rose 2.9% in Q3 2016 according to the preliminary figure (the first of the three estimates) after increasing 1.4% in Q2. The analysts’ forecast was more modest, promising just 2.5% growth. (Event A on the chart.)
Michigan Sentiment Index fell from 91.2 in September to 87.2 in October according to the revised estimate, which was below the preliminary value of 87.9 and the median forecast of 88.2. (Event B on the chart.) 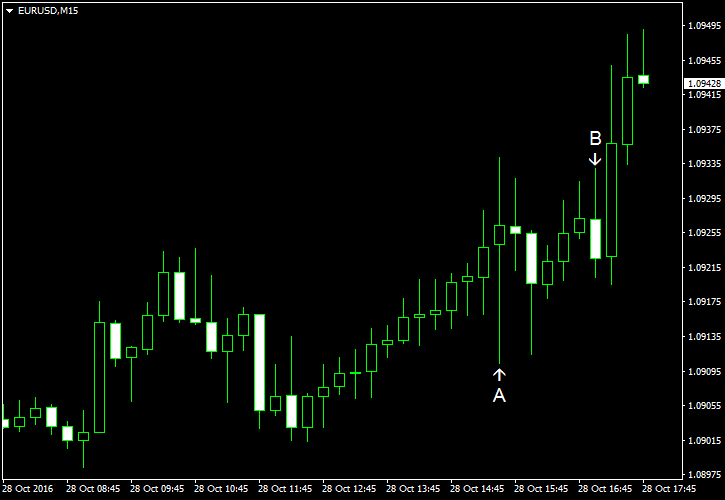