The dollar ended the week on a negative note as the FBI reopened investigation regarding Hillary Clinton’s emails. Yet market participants digested the news over the weekend and came to conclusion that it will not materially impact Clinton’s chances for victory in the presidential elections. As a result, EUR/USD was moving lower basically throughout the whole trading session. US macroeconomic data did not influence moves of the currency pair much, though currently it is attempting to stage a bounce.
Personal income rose 0.3% in September after increasing 0.2% in August. Personal spending demonstrated an increase by 0.5% last month that followed the drop by 0.1% in the preceding month (revised, no change was registered before the revision). Core PCE inflation was at 0.1% in September after logging 0.2% in August. All indicators matched analysts’ forecasts exactly. (Event A on the chart.)
Chicago PMI dropped to 50.6 in October from 54.2 in September while experts had expected almost no change. (Event B on the chart.) 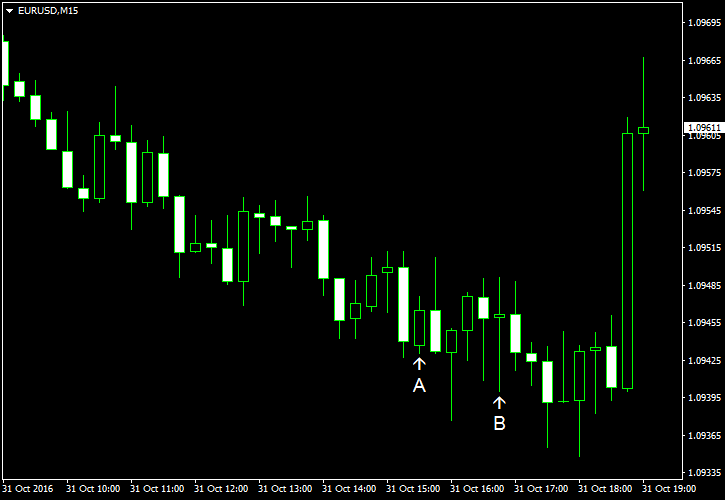