EUR/USD fell today, making it a ninth session of losses in a row, after an unsuccessful attempt to rally earlier. While economic data from the United States was mixed, markets preferred to focus on the good parts.
Both housing starts and building permits rose in October. Housing starts were at the seasonally adjusted annual rate of 1.32 million, compared to the predicted 1.16 million and the previous month’s reading of 1.05 million. Building permits were at the seasonally adjusted annual rate of 1.23 million, the same as in September, versus the forecast 1.19 million. (Event A on the chart.)
CPI rose 0.4% in October, exactly as analysts had forecast, after rising 0.3% in September. (Event A on the chart.)
Philadelphia Fed manufacturing index fell from 9.7 in October to 7.6 in November, below the predicted figure of 8.1. (Event A on the chart.)
Initial jobless claims dropped from 254k to 235k last week instead of rising to 257k as analysts had predicted. (Event A on the chart.) 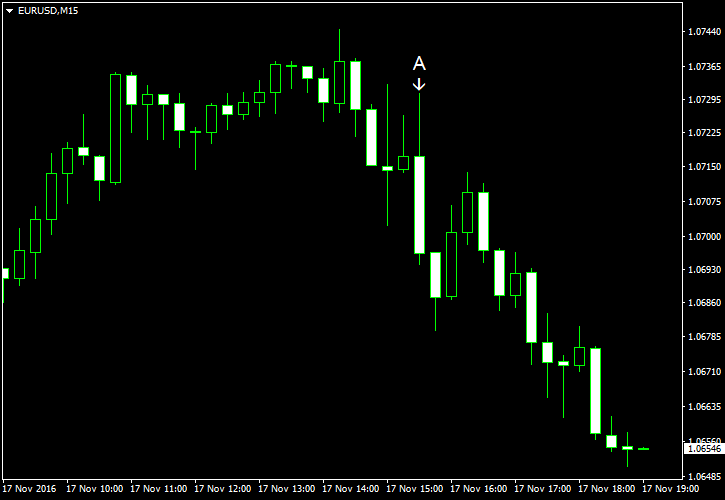