EUR/USD Drops for Another Day, Driven Down by Multiple Factors

EUR/ USD fell today for the second consecutive day, and it was the fourth daily decline in five sessions. There were plenty of reasons for the drop, including yesterday’s dovish remarks from European Central Bank President Mario Draghi, today’s report that showed unexpected contraction of German industrial production (event A on the chart), and political uncertainty associated with this year’s elections in various European countries (France in particular as it may result in country’s exit from the eurozone).
Trade balance deficit was $44.3 billion in December, down from $45.7 billion in November, revised. The actual value was not that far from the predicted $45.0 billion. (Event B on the chart.)
Consumer credit rose by $14.2 billion in December after increasing by $25.2 billion in November (revised up from $24.6 billion). The reading missed the analysts’ average projection of $20.3 billion. (Event C on the chart.) 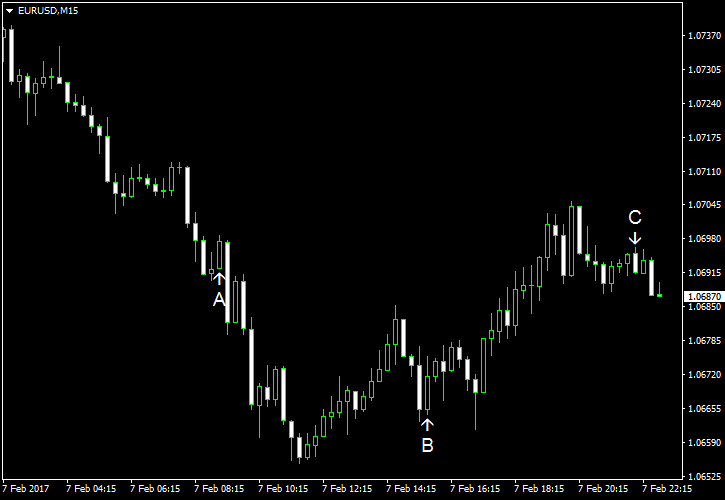