EUR/USD slipped today amid talks about monetary tightening from the Federal Reserve. Philadelphia Fed President Patrick Harker said today that he “would not take March off the table.” Such comments allowed the dollar to rally even though today’s US economic data was not good at all. Both indicators released by Markit failed to meet market expectations.
Flash Markit manufacturing PMI fell from 55.0 in January to 54.3 in December, trailing the average forecast of 54.7. Flash Markit services PMI was disappointing as well, falling from 55.6 to 53.9 instead of rising to 55.8 as analysts had promised. (Event A on the chart.)
On Friday, a report on consumer confidence was released, showing an increase by 0.6% in January, whereas experts had anticipated the same 0.5% rate of growth as in December. (Not shown on the chart.) 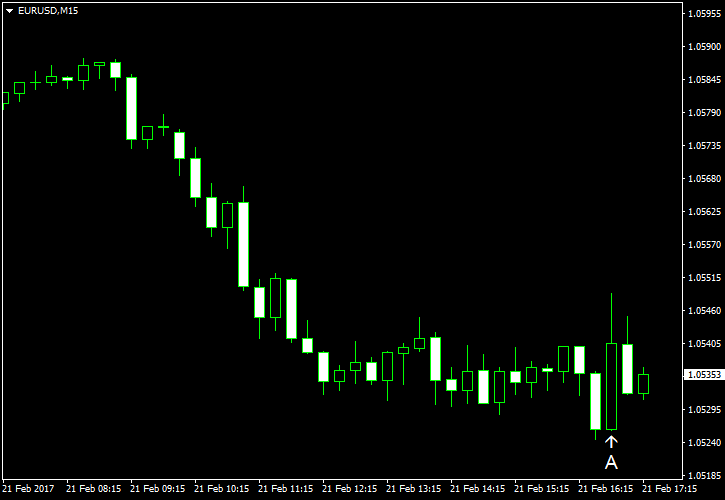