EUR/USD fell intraday during the Wednesday’s trading session but bounced later due to subsiding concerns about the outcome of the French presidential elections and positive macroeconomic data from the eurozone. The Federal Open Market Committee released hawkish minutes of its policy meeting, yet the currency pair reacted to that in a surprise manner, accelerating its rally rather than slowing.
Existing home sales rose to the seasonally adjusted annual rate of 5.69 million in January from an upwardly revised 5.51 million in December (5.49 million before the revision). Analysts predicted a much smaller value of 5.55 million. (Event A on the chart.)
FOMC released rather hawkish minutes of its latest policy meeting, signaling that another interest rate hike is possible in the near future (event B on the chart):

In discussing the outlook for monetary policy over the period ahead, many participants expressed the view that it might be appropriate to raise the federal funds rate again fairly soon if incoming information on the labor market and inflation was in line with or stronger than their current expectations or if the risks of overshooting the Committee’s and inflation objectives increased. 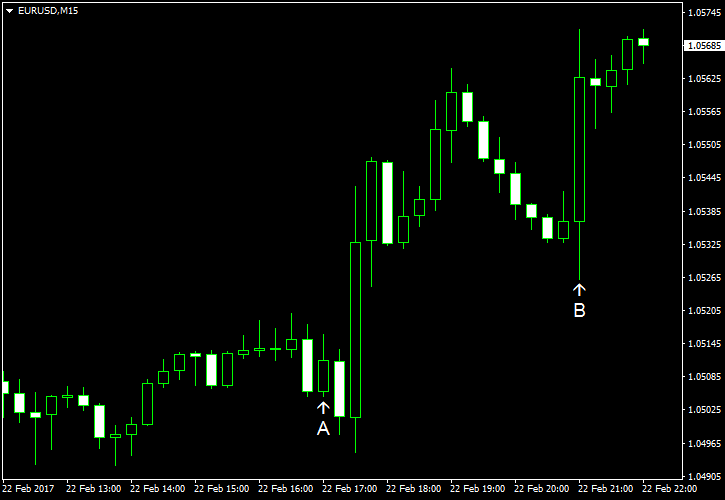