EUR/USD Moves to Upside After Unimpressive US Data

EUR/USD rallied today, boosted by poor economic data released from the United States during the trading session. Pending home sales fell unexpectedly, and core durable goods orders dropped as well (even though the headline figure actually increased). Meanwhile, concerns caused by the French presidential elections eased as polls showed that centrist candidate Emmanuel Macron had a lead over candidate Marine Le Pen. Now, traders wait for tomorrow’s speech of US President Donald Trump before the Congress.
Durable goods orders increased by 1.8% in January, more than analysts had predicted (1.6%). The indicator fell by 0.5% in December. (Event A on the chart.)
Pending home sales dropped 2.8% in January to the lowest level in a year. The report attributed the decline to “insufficient supply levels.” Forecasters were completely wrong with their promises of an increase by about 1.1%. What is more, the previous month’s increase of 1.6% was revised to 0.8%. (Event B on the chart.) 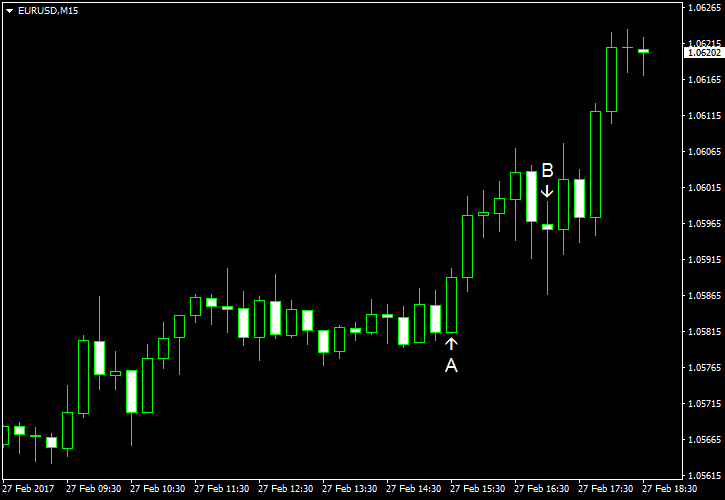