EUR/USD slipped today, though remained near the highest level since August 2015 as the dollar continued to feel the pressure of adverse fundamentals. Among them were the inability of US President Donald Trump to push with his reforms and the investigation into alleged ties of Trump’s election campaign to Russia. As for today’s economic reports in the United States, they were mixed.
Markit released flash readings for manufacturing and services PMIs today. Manufacturing PMI rose from 52.0 in June to 53.2 in July. It was substantially above the forecast figure of 52.3 and the highest in four months. Services PMI was at 54.2 in July, unchanged from June and slightly below the predicted level of 54.3. (Event A on the chart.)
Existing home sales dropped to the seasonally adjusted annual rate of 5.52 million in June from 5.62 million in May. (Event B on the chart.) The actual number was below the consensus forecast of 5.59 million. The report said: 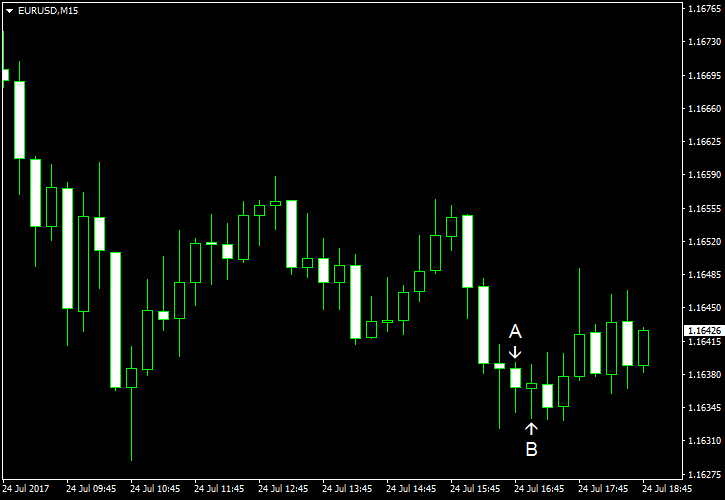