EUR/USD rallied to a new high today, reaching the strongest level since January 2015. Basically all economic reports released in the eurozone during the current trading session were good, reinforcing the view that the European Central Bank will be more hawkish going forward. Meanwhile, data released in the United States was mixed, adding to doubts that the Federal Reserve will continue aggressive monetary tightening.
Chicago PMI dropped from 65.7 in June to 58.9 in July, below the consensus forecast of 60.8 and reaching the lowest level in three months. (Event A on the chart.)
Pending home sales climbed 1.5% in June, exceeding the analysts’ median estimate of 0.9%. The index dropped 0.7% in the previous month. (Event B on the chart.) 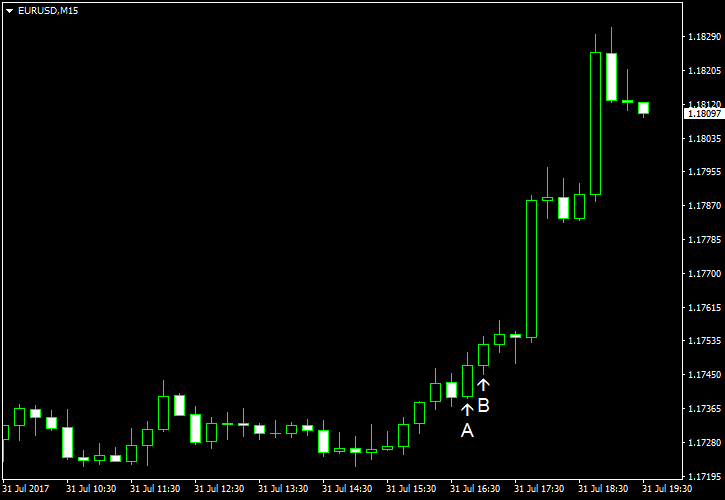